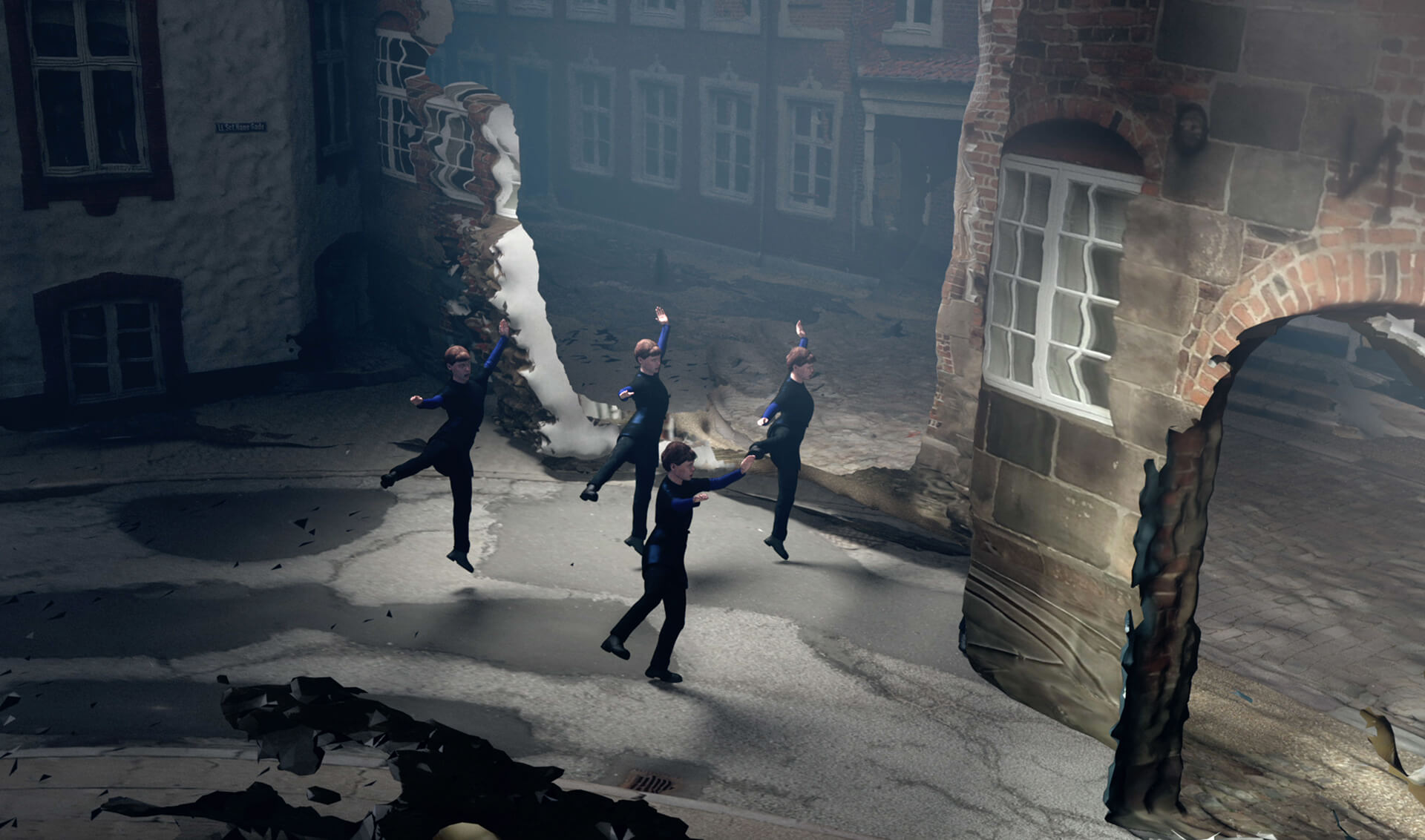 All Or Nothing At All
HD film, 2020 | Song Nina Vadshölt | Music Berend Dubbe & GT Thomas | Dance & Choreography Daniela Cilia & Baksii Prakesh | CGI Lars Hemmingsen | with thanks to Thomas Ahlmark, Cristine Bojesen, Camilla Davidsen, Juliana Engberg, Jeppe Etzerodt, Miklos Gaal, Elisabeth Anne Marie Hau, Jane Lynbye Hvid Jensen, Kirk Johnson, Bodil Johanne Morad, Lasse Smith & Maarten Wijntjes
The short film is an adaptation of Frank Sinatra’s hitsong All or Nothing At All (1939). Originally performed from an utterly male perspective, Nina Vadshølt, a young singer from Copenhagen, transformed the song into an angelic chant in which many voices converge and dispute eachother. A group of identical avatars, all fashioned after singer Nina Vadshølt, are rambling the desolate streets in a digital replica of the ancient European town of Viborg (Denmark): This eerily real, unreal everytown of nostalgia becomes a labyrinth of overlapping worlds, in which shopping streets, abandoned malls, garages, old crusader paths and centuries-old alleys converge as game like ruins of the past and ruins to come. All, or Nothing at All takes its cue from the musical film West Side Story (1961), a modern-day Romeo and Juliet narrative set in 1950’s New York. In our version the duality between the real and the virtual reflects the all-or-nothing attitude of our technology-dictated culture, in which everything seems feasible that appears on our screens, a world in which there is no middle ground, it’s Everything or Nothing. 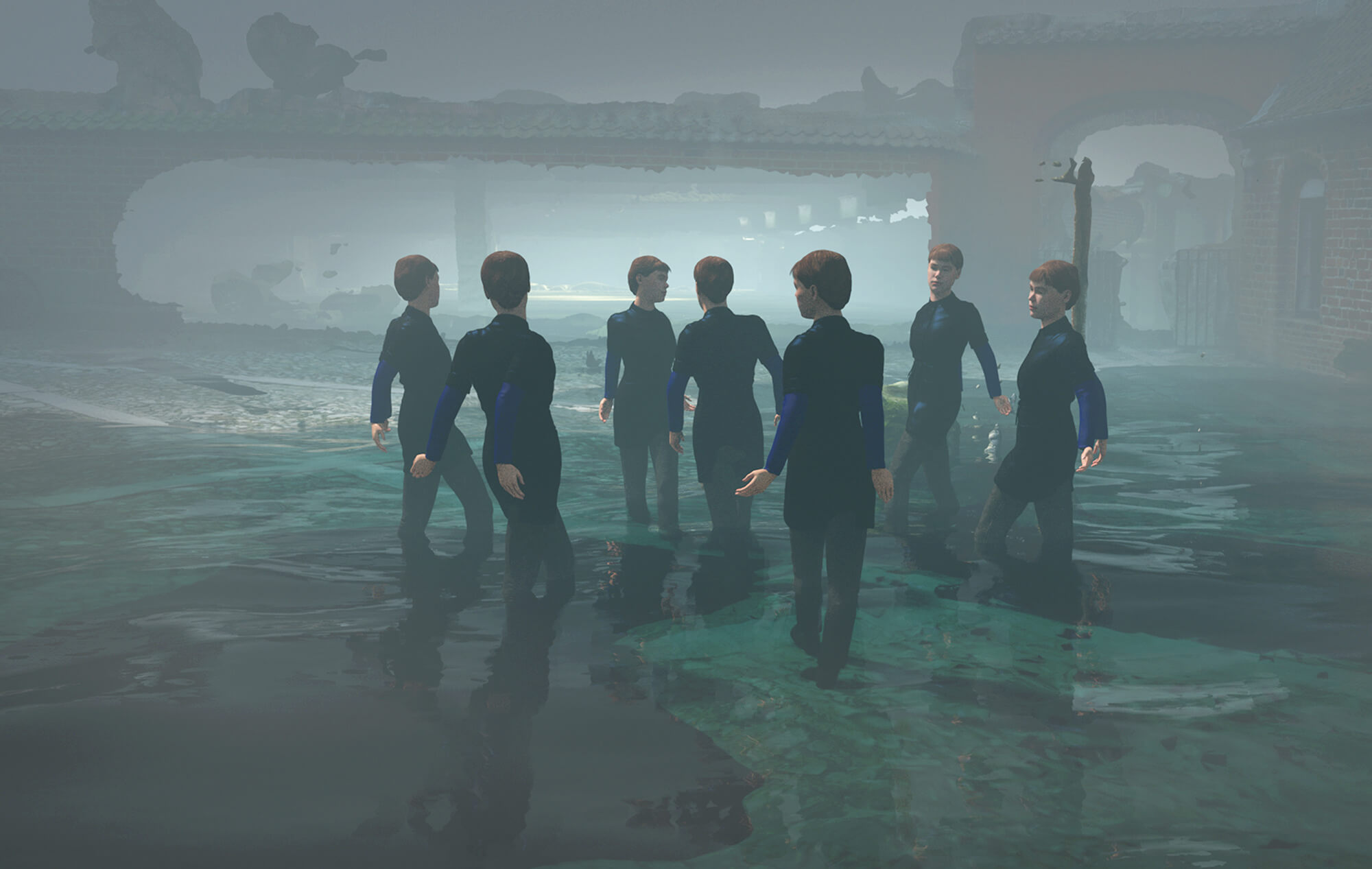 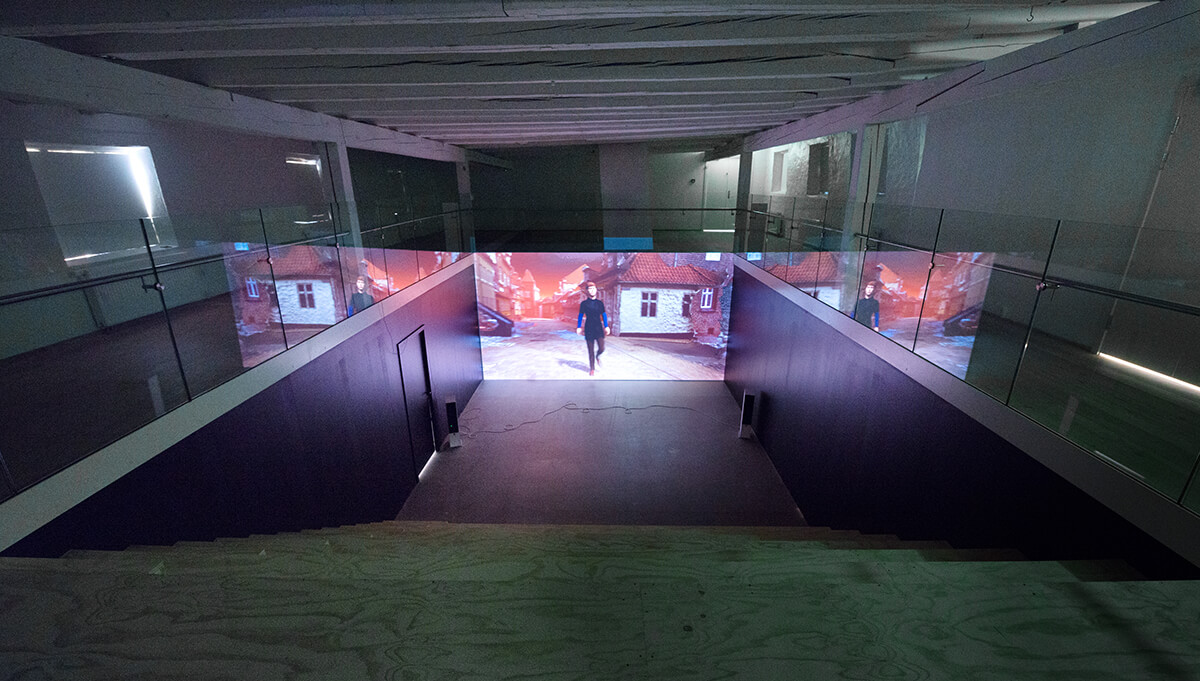 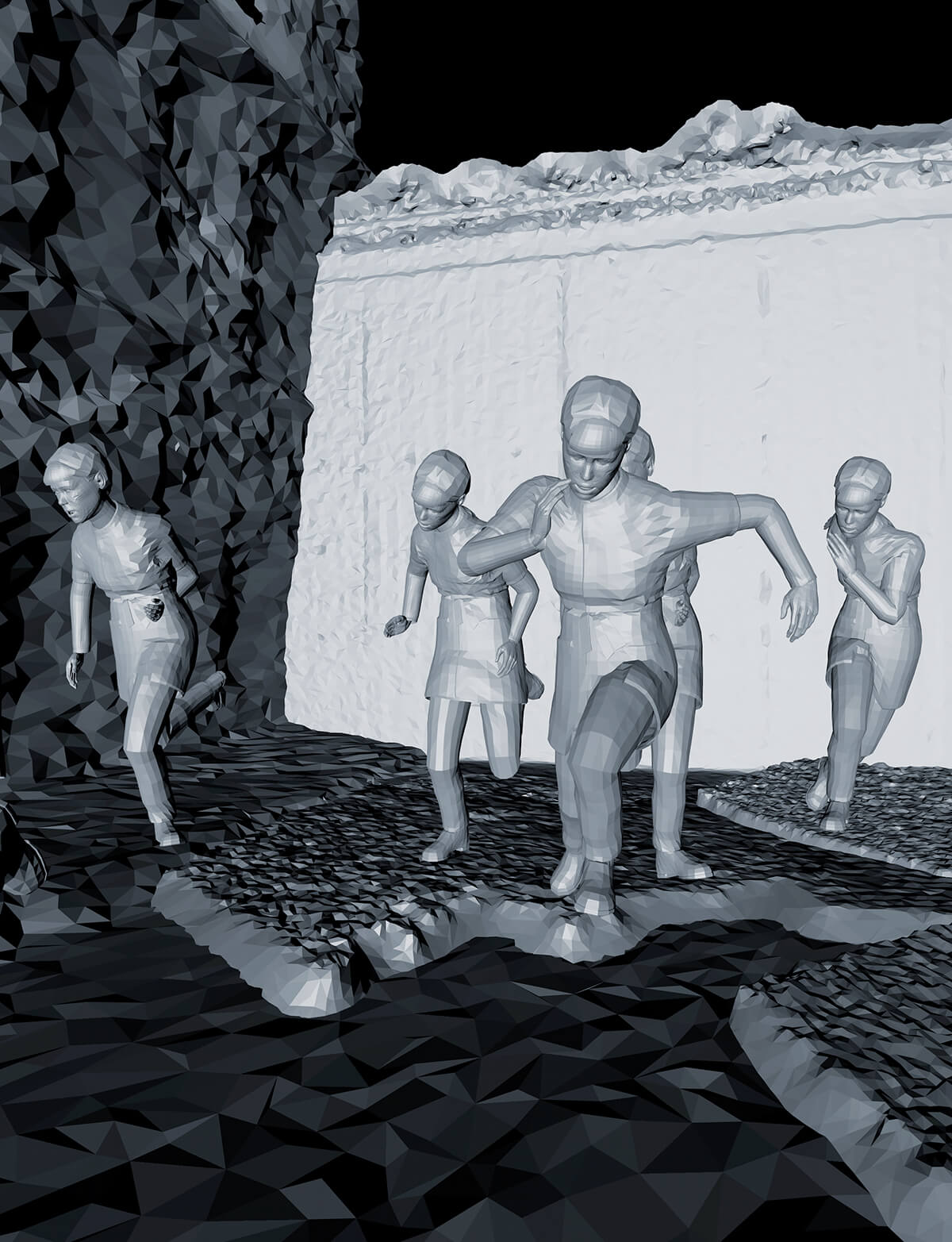 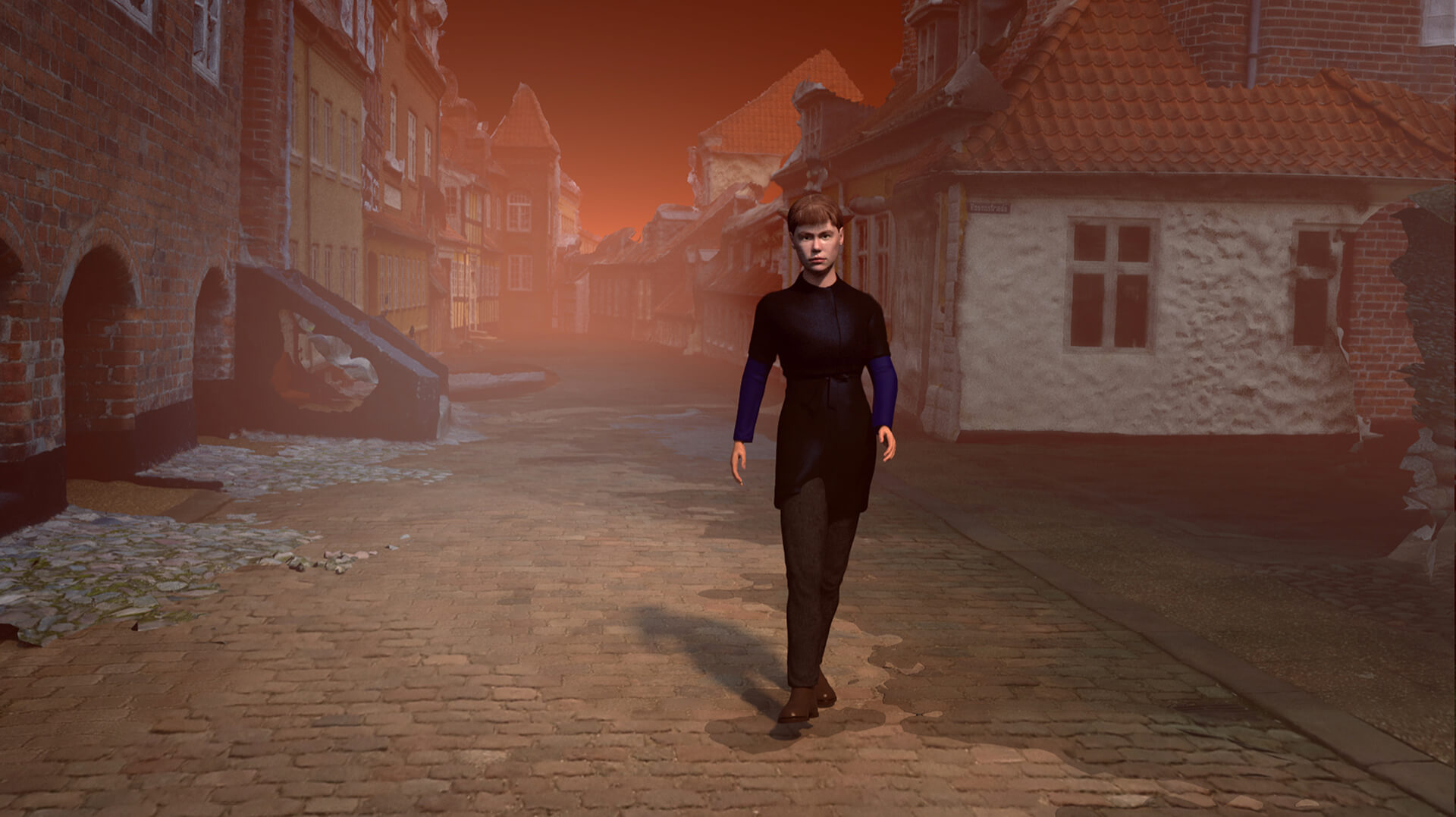 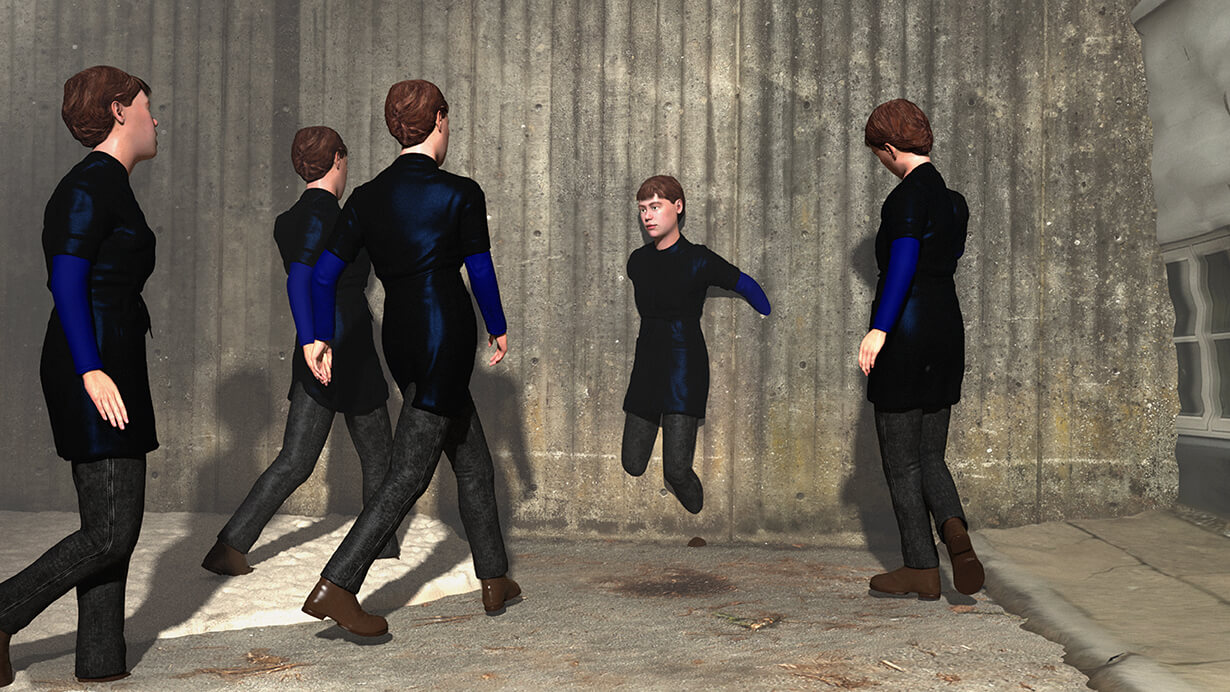 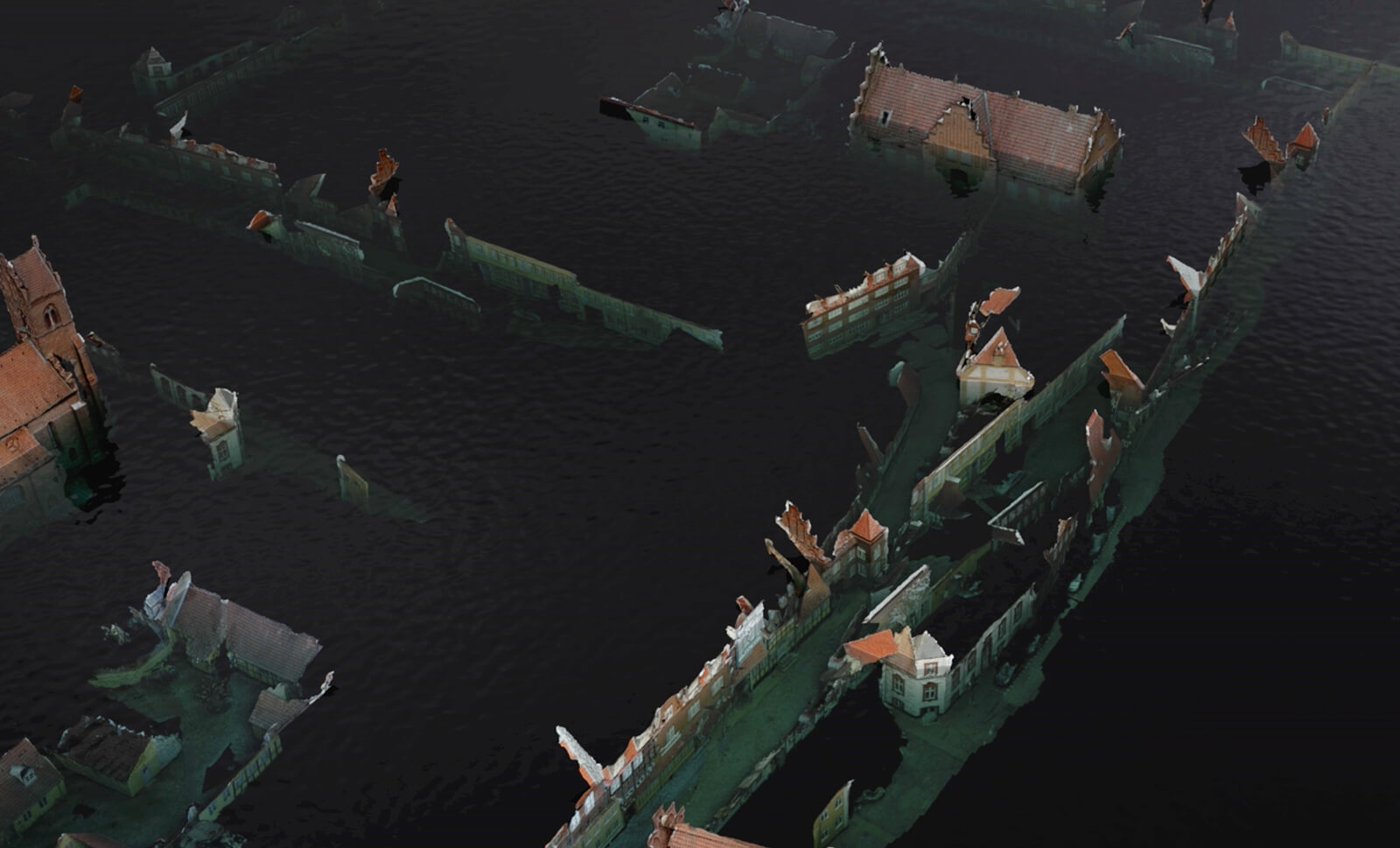 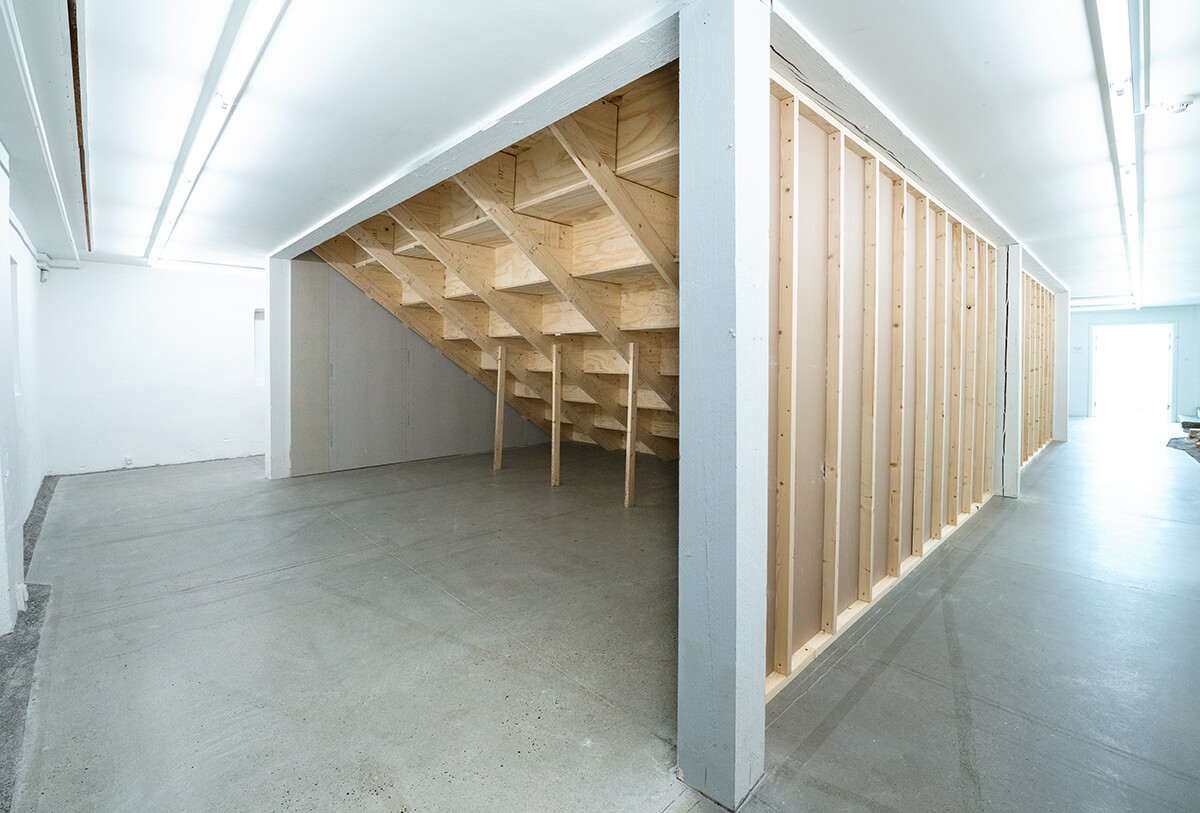 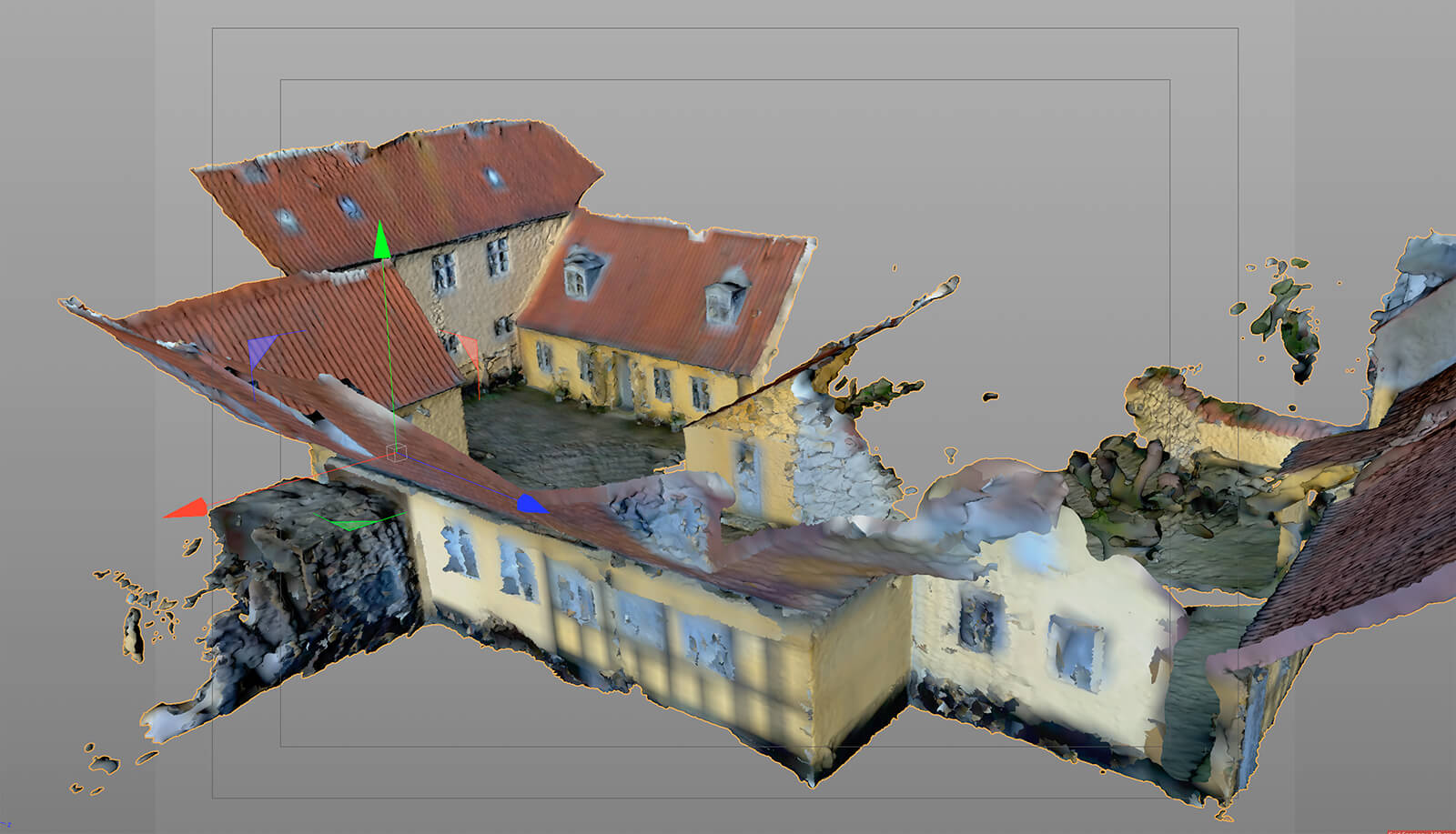