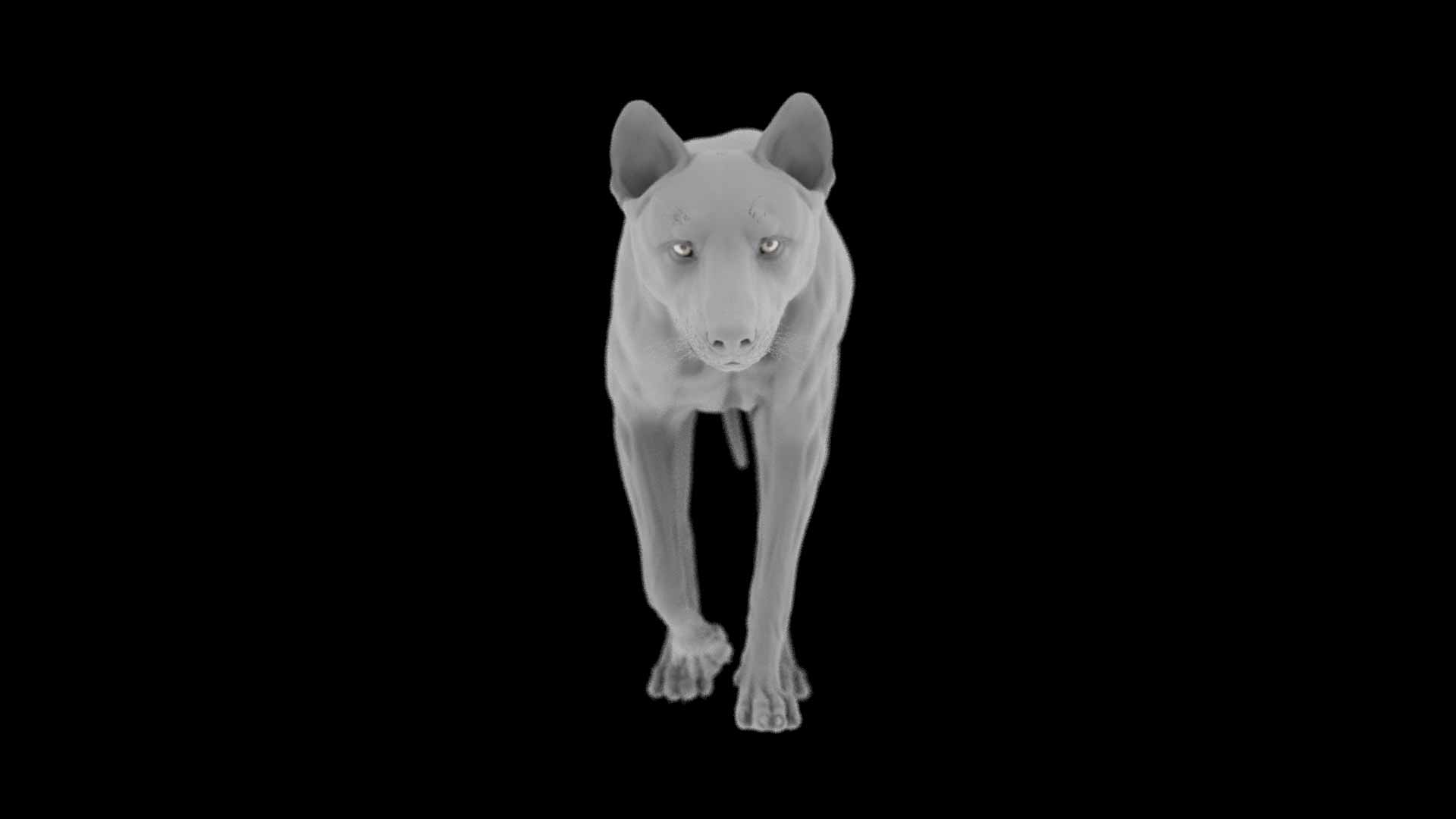 4K video, 2022 | Made in collaboration with Smári Robertssón
East of the Sun, West of the Moon is the title of a Nordic fairytale about a heroine who leads a cursed prince, turned into a white bear, to a place that lies East of the Sun, West of the Moon. This lovestory, in which the fate of humans and animals are intrinsically linked, is later on used in the song with the same name, most famously interpreted by Frank Sinatra (1940). During a residency in Sweden (at Hybrida), a centuries old iron industry wasteland that turned into endless forests where the wild wolves roam, Broersen and Lukács conceived n a collaboration with Smári Róbertsson a new version of East of the Sun, West of the Moon. They transformed Sinatra’s beguiling song into a sometimes desperate, growling plea for love, embodied by a white wolf. Spinning in circles, the hybrid wolfman(creature) is torn between the natural and the virtual, the animal and the man inside him. 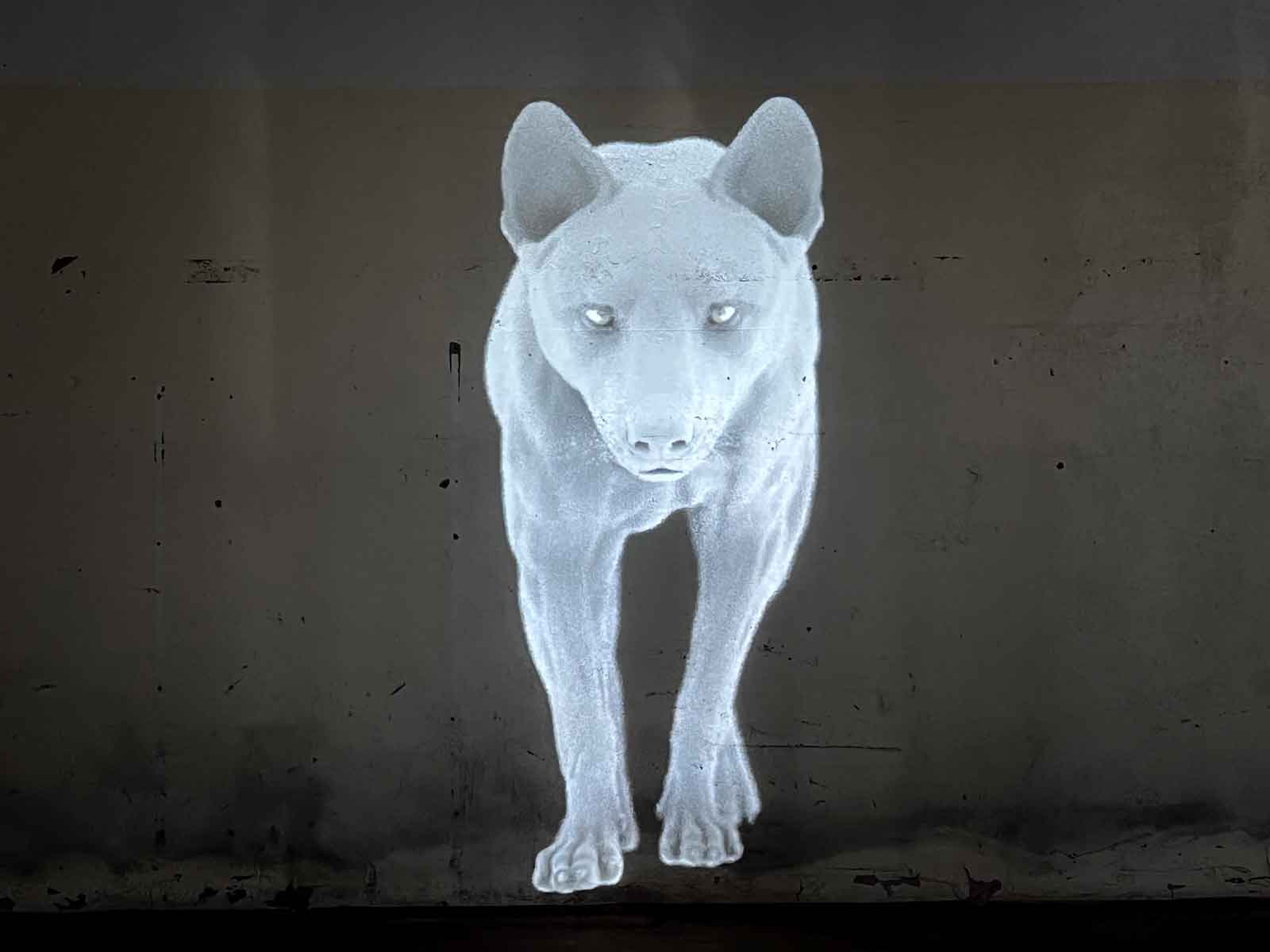 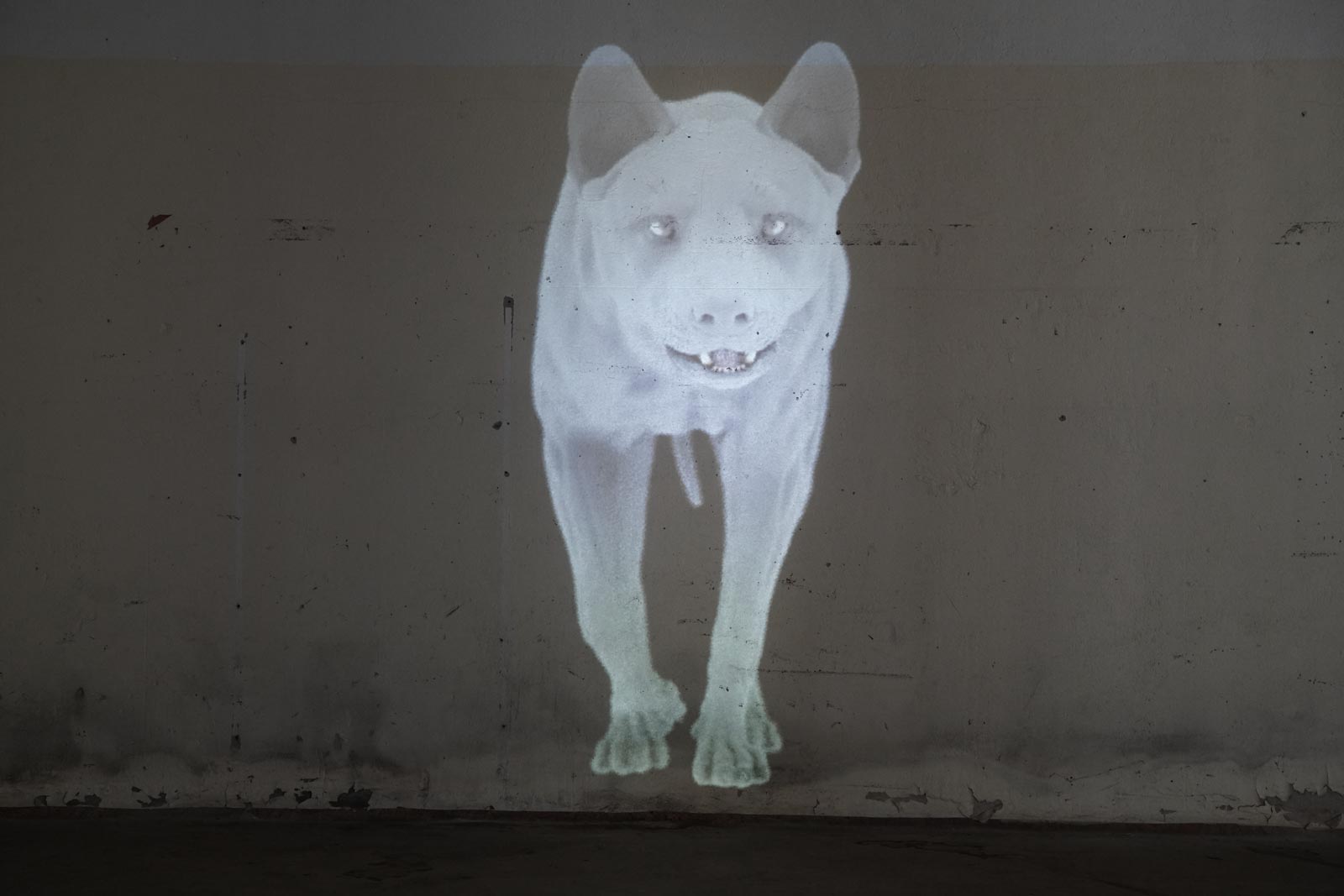 All or Nothing At ALl in Viborg, Denmark
making of 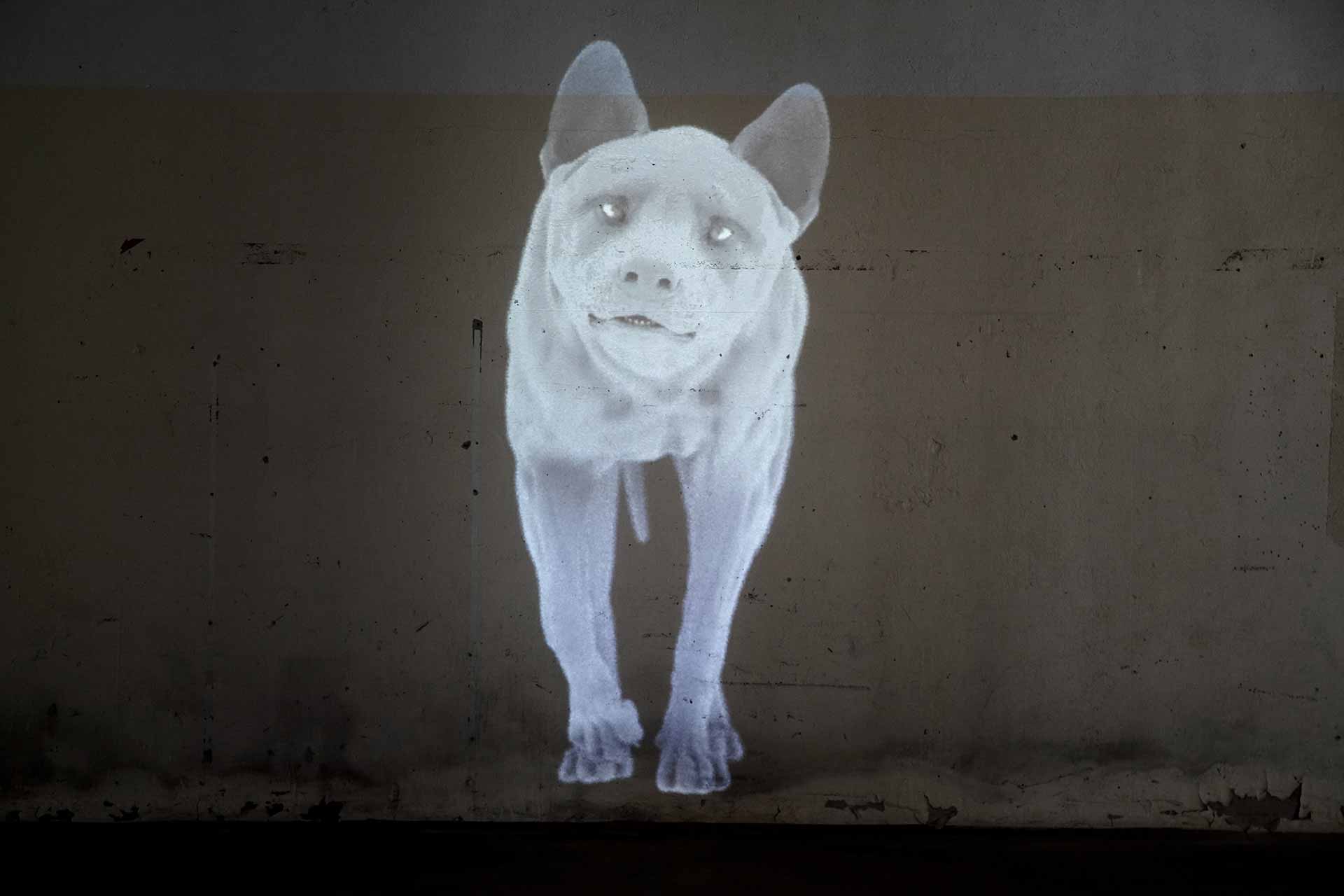