SOON & NOW WORK TEXT ABOUT
‹
WORK
›
Everytime
Full HD film Loop, 4 minutes, 2010
This video work by Broersen & Lukács is a re-interpretation of Everytime, a pop song released in 2004 by Britney Spears, a tragic ballad about love and loss. A few years later, Spears suffered from a breakdown due to a variety of personal and professional struggles and was admitted to several drug rehabilitation facilities. Around that time, she also shaved her head as an act of rebellion.

Spears’s behavior and personal life continued to trigger obsessive media attention; her immense popularity was enhanced by the controversy surrounding her personality and her mental condition. Britney Spears is a typical example of a pop icon objectified by media coverage – or how popular media are responsible for creating idols and monsters at the same time. Persijn Broersen and Margit Lukács address issues of identity, virtualisation and mediatisation in their work. Their interpretation of Everytime shows one simple shot of a static, alienating, bald-headed Britney, extremely unnatural and unnerving at the same time. The sound and the expressions on her face are derived from a young Belgian girl who recorded her own, heartfelt version of the song and placed it on YouTube. 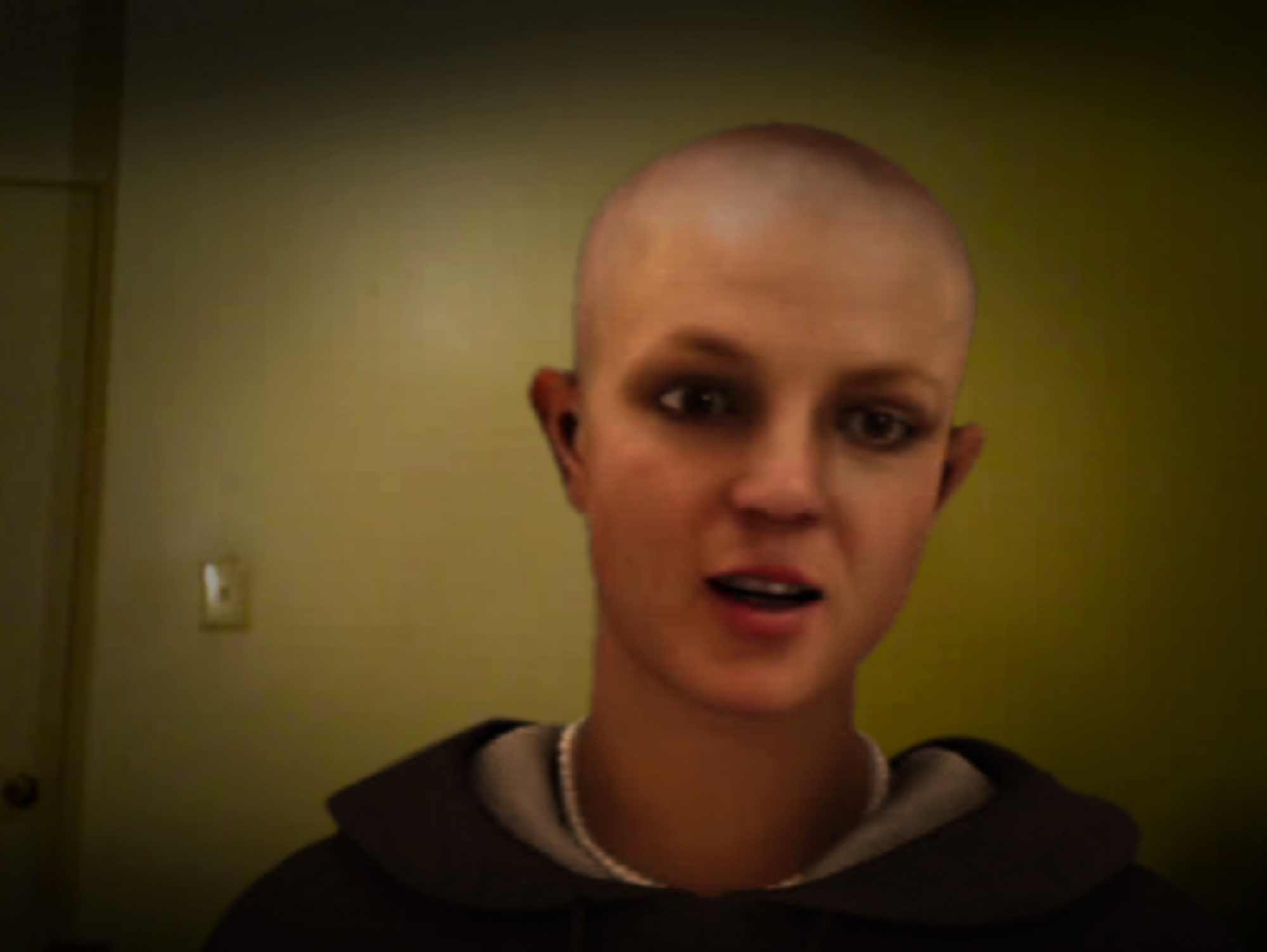 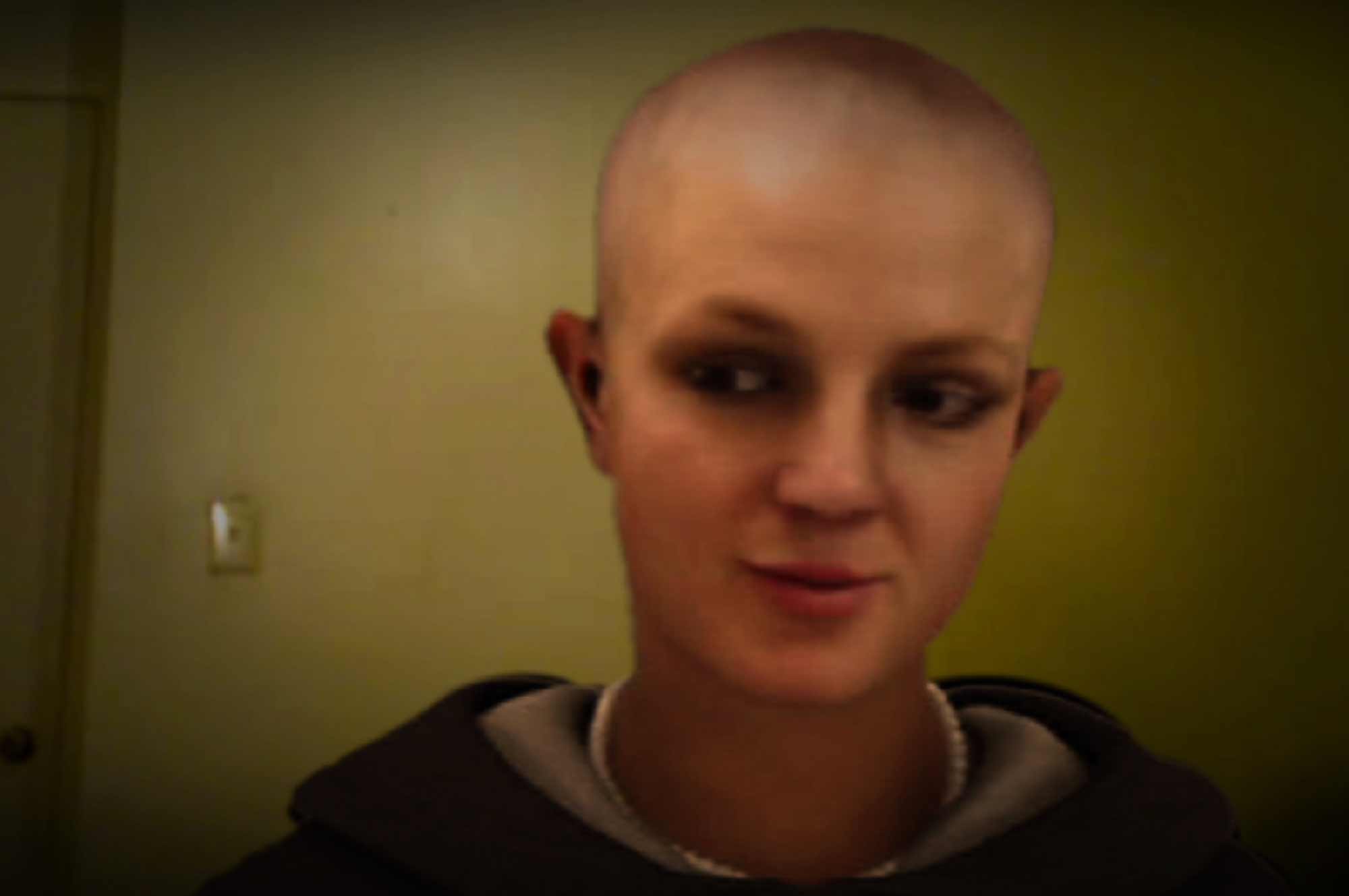