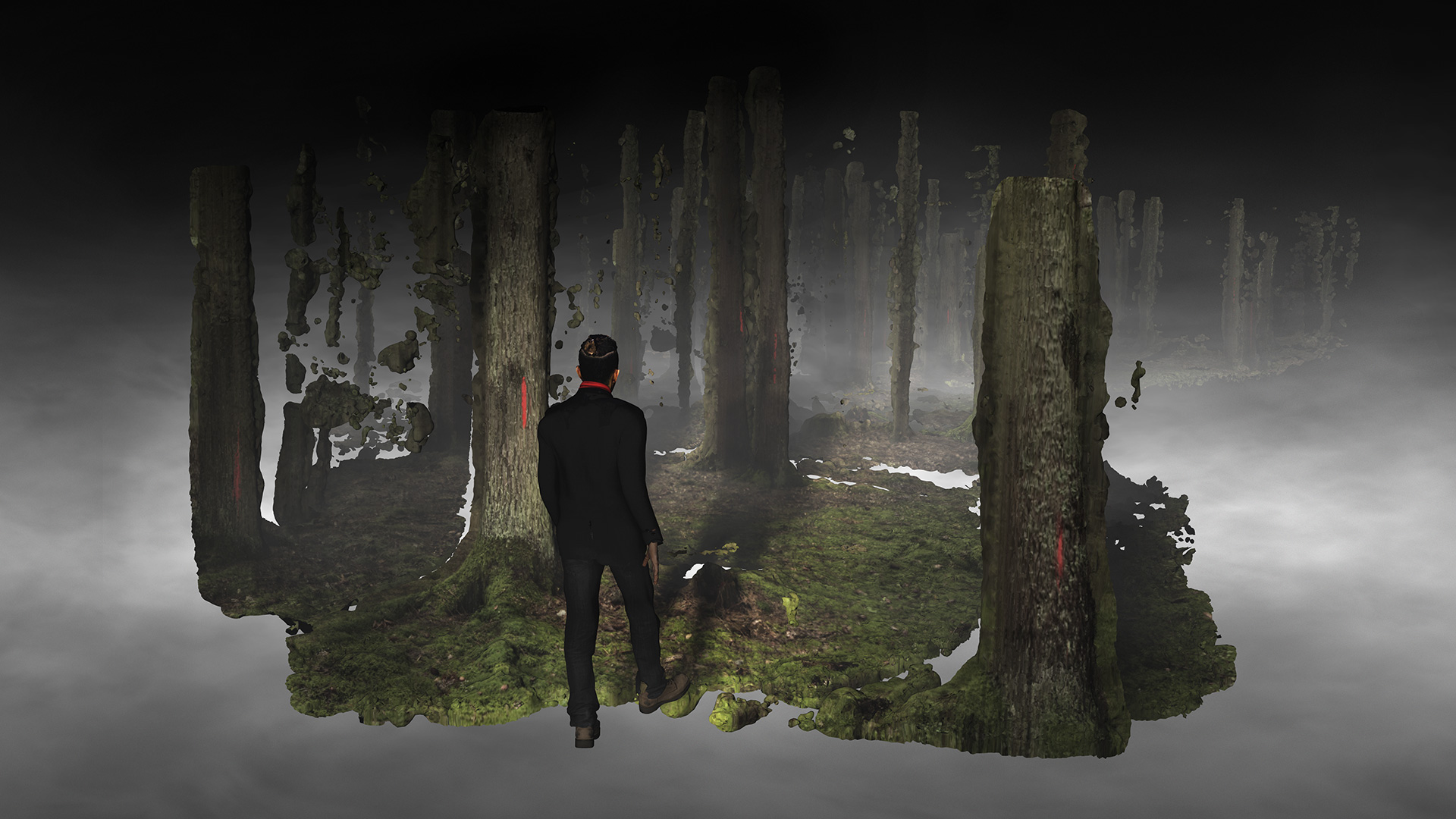 Forest on Location
HD film, 11:45 min, 2018
Song & Lyrics Sharam Yazdani | Music Berend Dubbe & GT Thomas | Sound Design Peter Flamman | Made possible by the Mondriaan Foundation, Foam Amsterdam and AMODO | With thanks to Kevin Bray, Arek Szymura, Fabian Loew, Rumiko Hagiwara
In the video Forest on Location, the audience descents into a replica of the last remains of primeval forest Bialowieza (at the outer border of the EU, between Poland and Belarus). In the film the avatar of the Iranian opera singer Shahram Yazdani sings his Persian interpretation of Nature Boy, the popular hit made famous by Nat King Cole. Nature Boy was composed in 1948 by Eden Ahbez, a proto-hippie who lived barefoot under the Hollywood Sign in Los Angeles, though its melody was claimed by Herman Yablokoff, a Jewish Broadway composer from New York who grew up in the region of Bialowieza forest. In Yazdani’s version, a wise tree talks to the lost boy, as an antithesis to the often imperialist relationship with nature in Western culture. 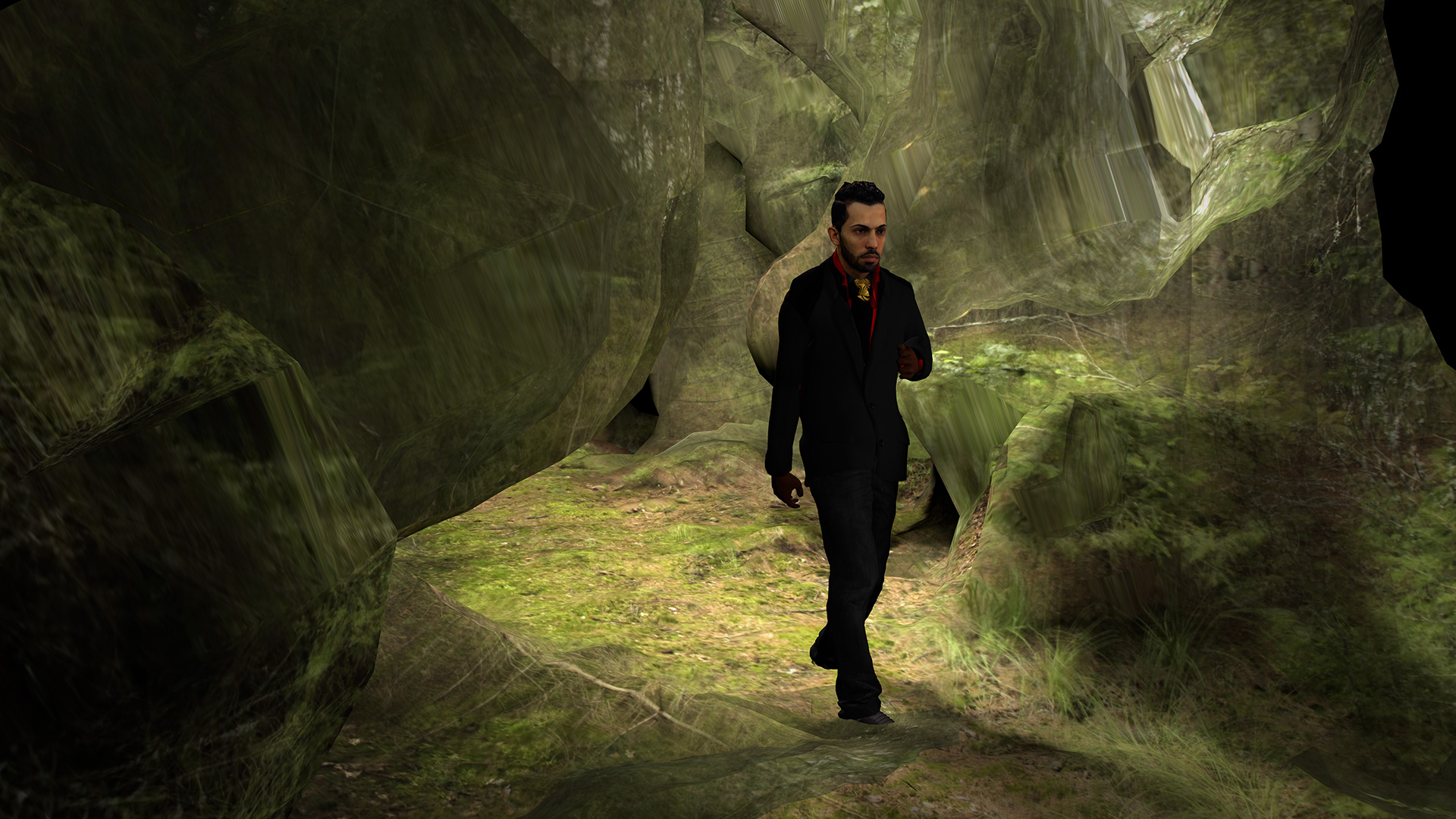 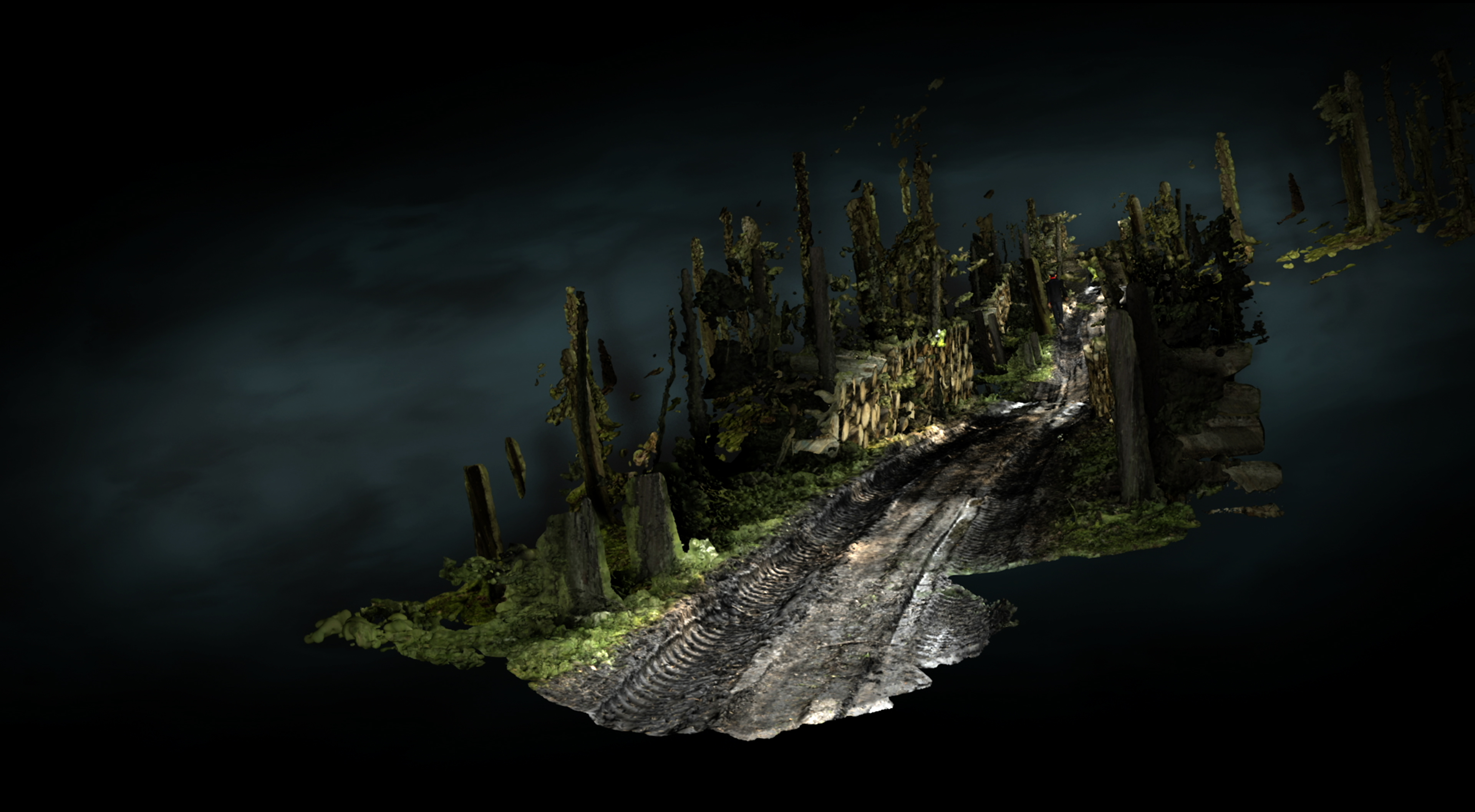 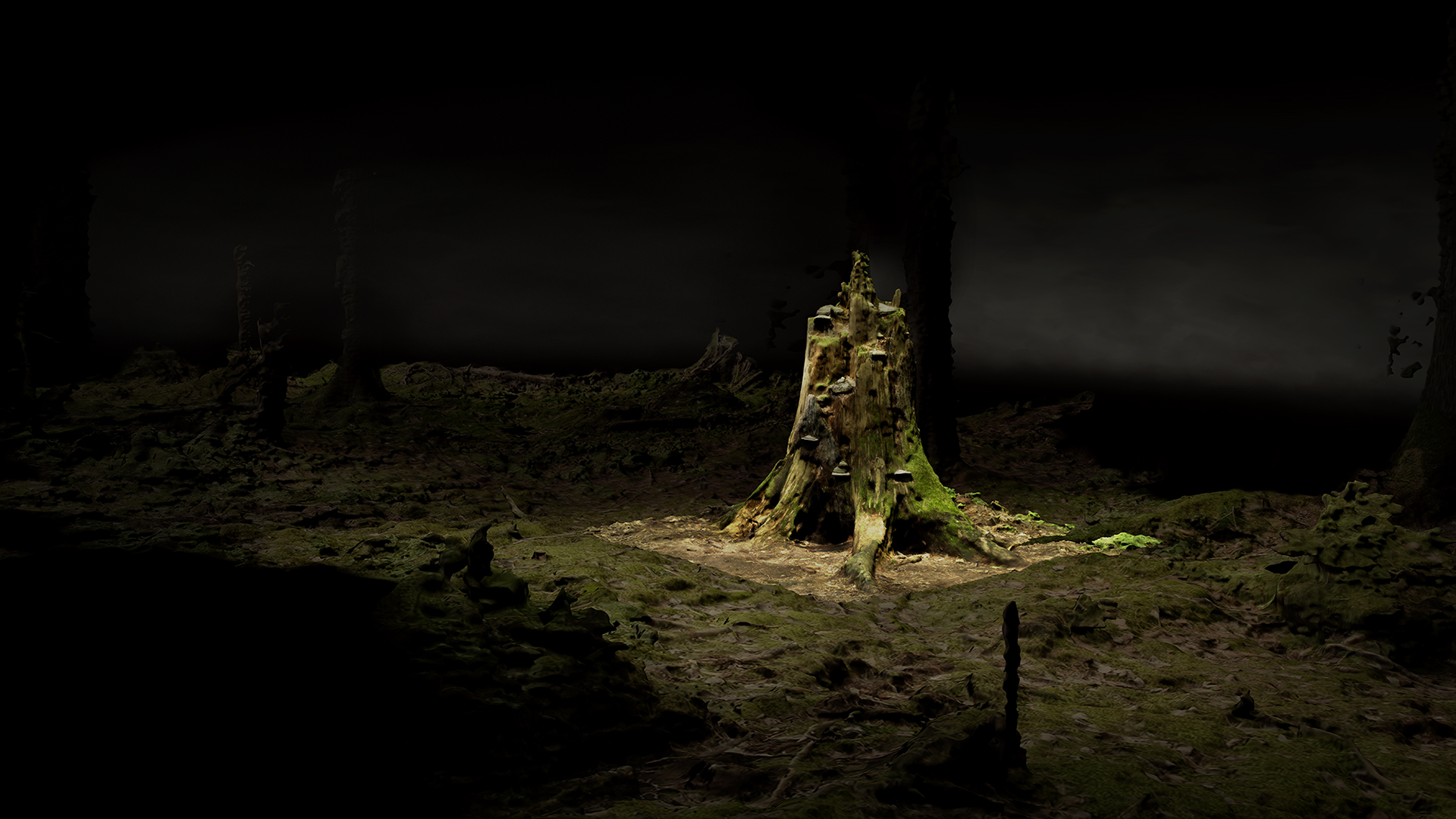 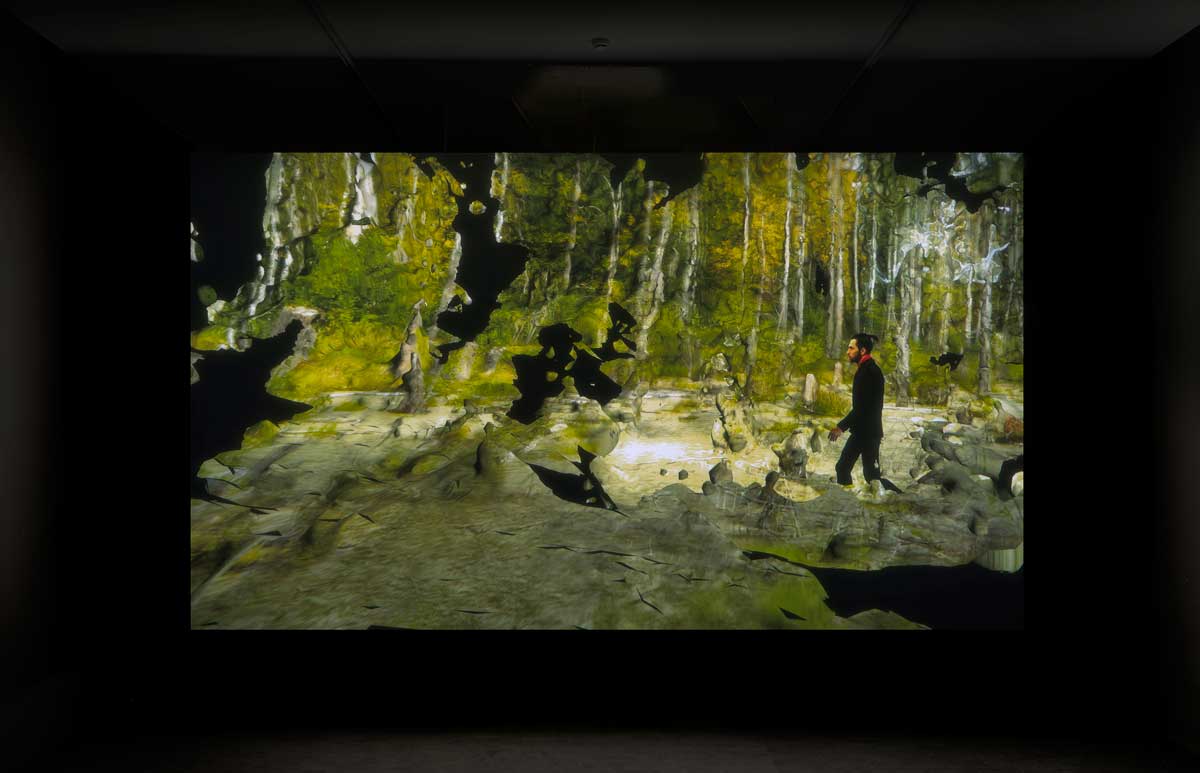 Forest on Location at our solo show Point Cloud, Old Growth in FOAM 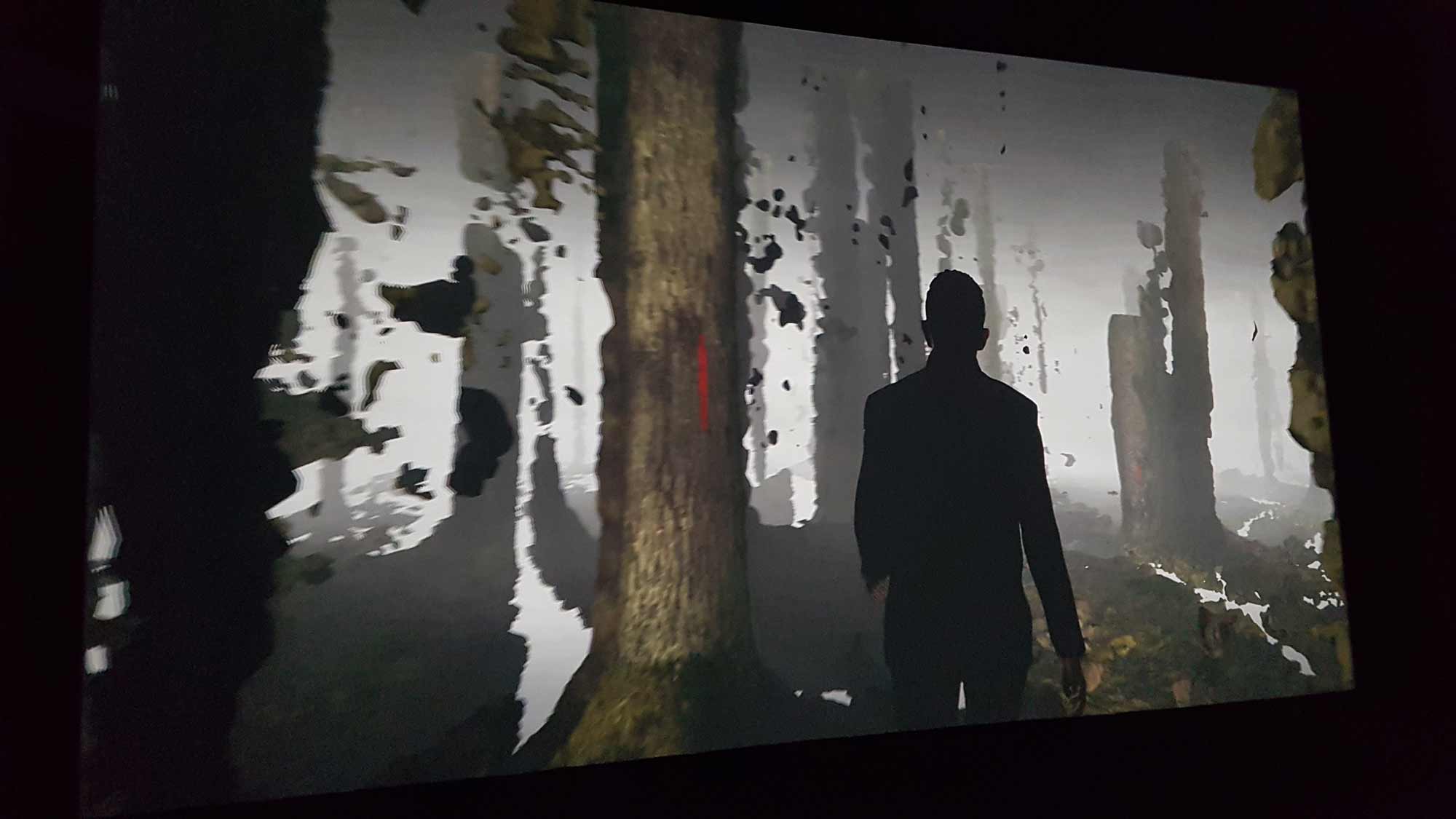 Forest on Location at Now is the Time in Wuzhen 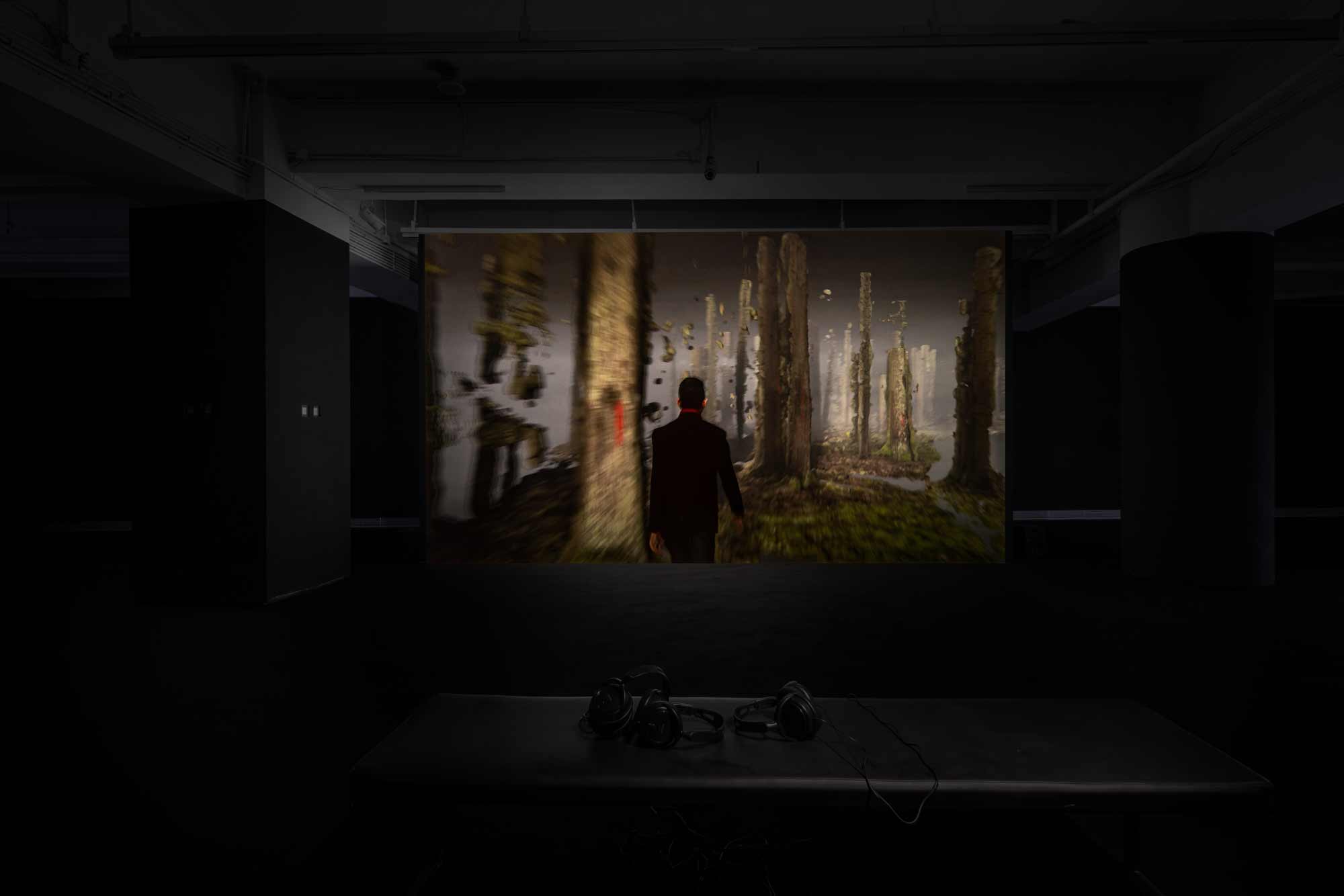 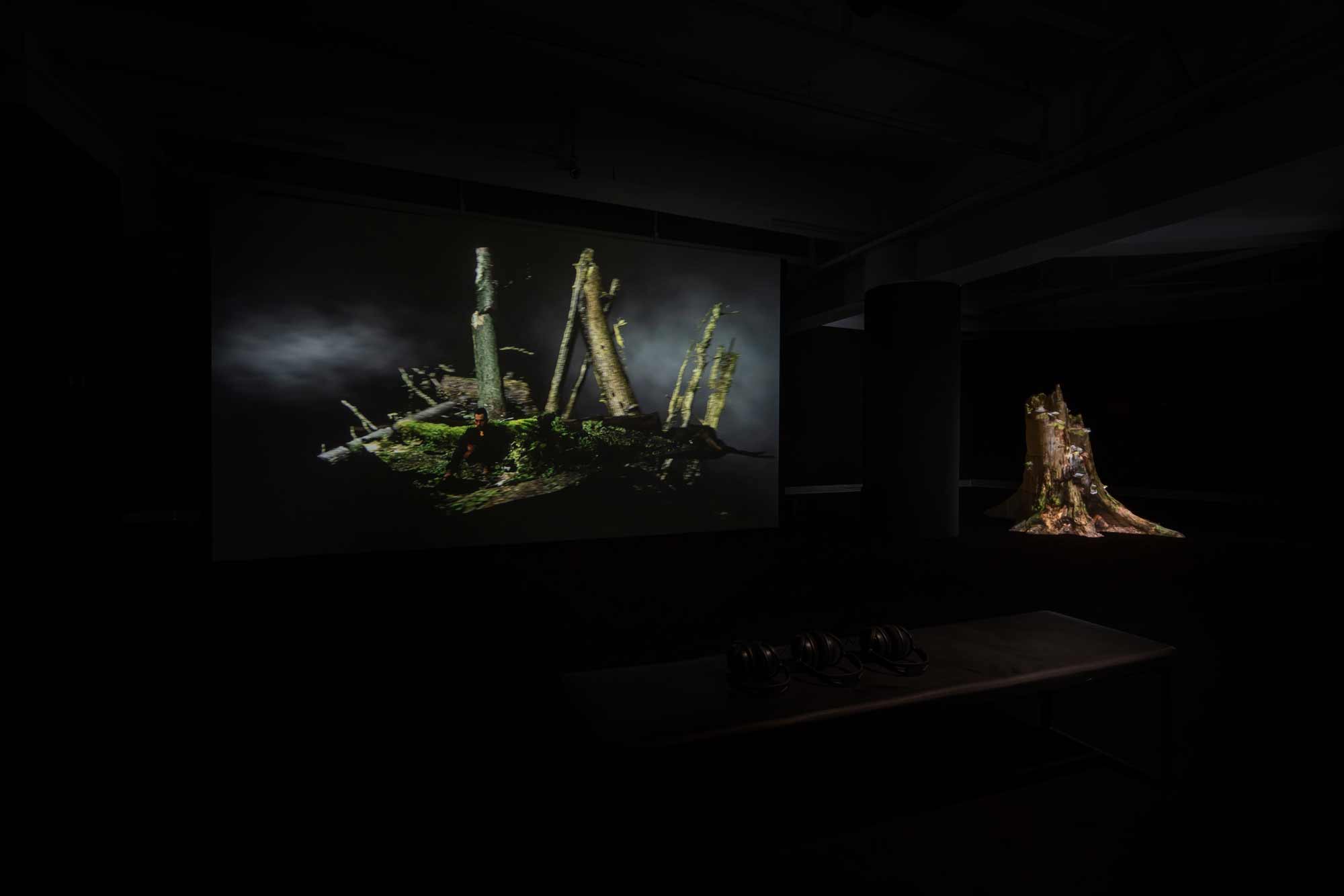 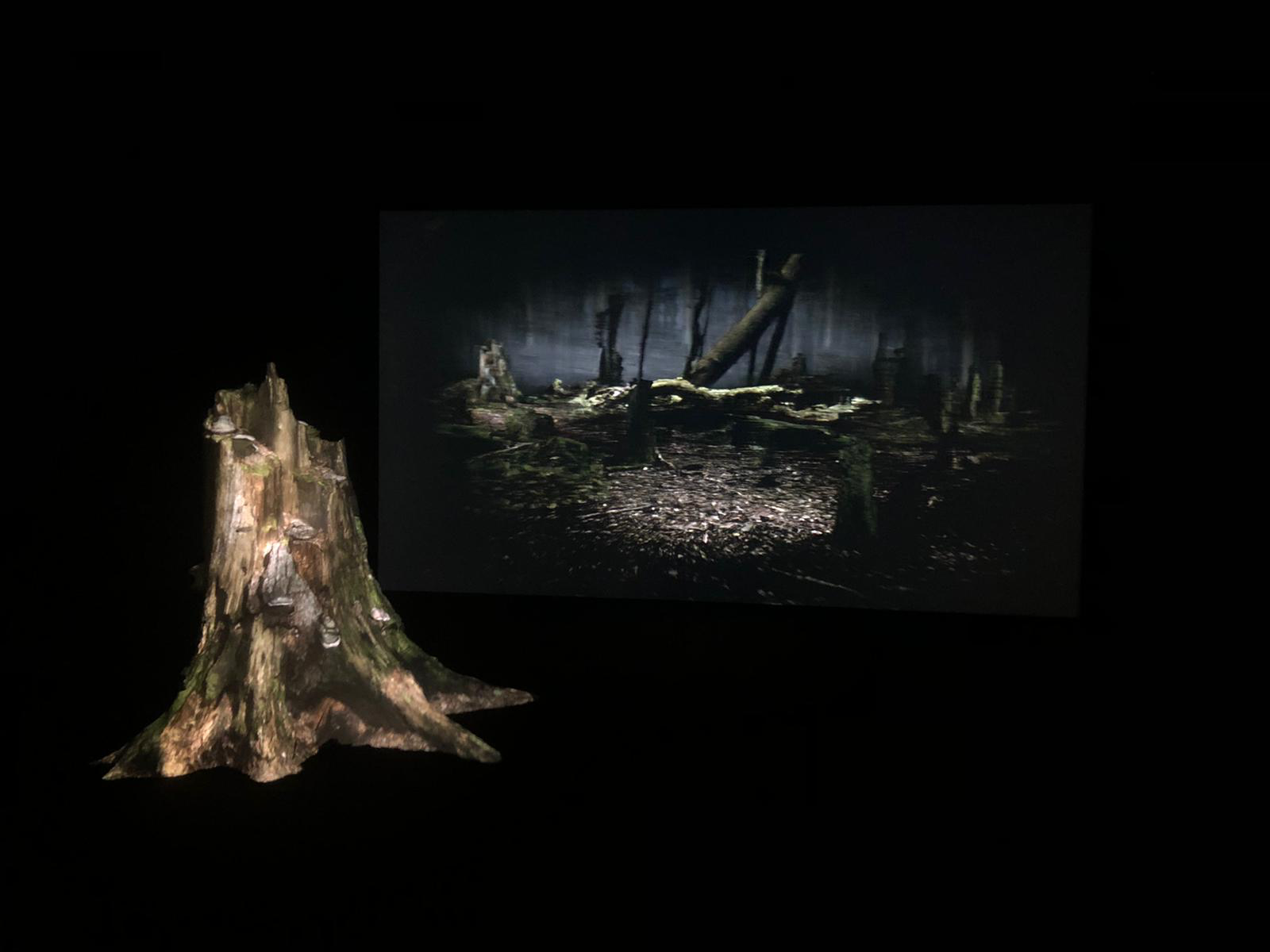