SOON & NOW WORK TEXT ABOUT
‹
WORK
›
Les Zones Terrestres
Installation, Printed Plywood, 3x4x3 meter
In the work Les Zones Terrestres, Broersen & Lukács reinterpret a French wallpaper series from 1855. This was one of the first reproducible, non-repeating panoramic wallpapers that would take over the walls of countless homes in the nineteenth century, immersing the viewer spatially and simulating an imaginary world, as a kind of an archaic version of an artificial reality. By then, the era of mass production of the imaginary had begun, leading to the disappearance of the distinction between reality and it’s representation.

Broersen & Lukács have carefully reconstructed, layer upon layer, this utopian all-encompassing landscape with the most ethereal material possible: the panorama is constructed with hundreds of polygon 3D-models. In the digital space mathematical defined polygons are used to create virtual objects.

In Les Zones Terrestres they create an immaterial skin covering the solid wooden panels. The surface of which becomes a place for contemplation as the polygons have come to a standstill.

Les Zones Terrestres from above 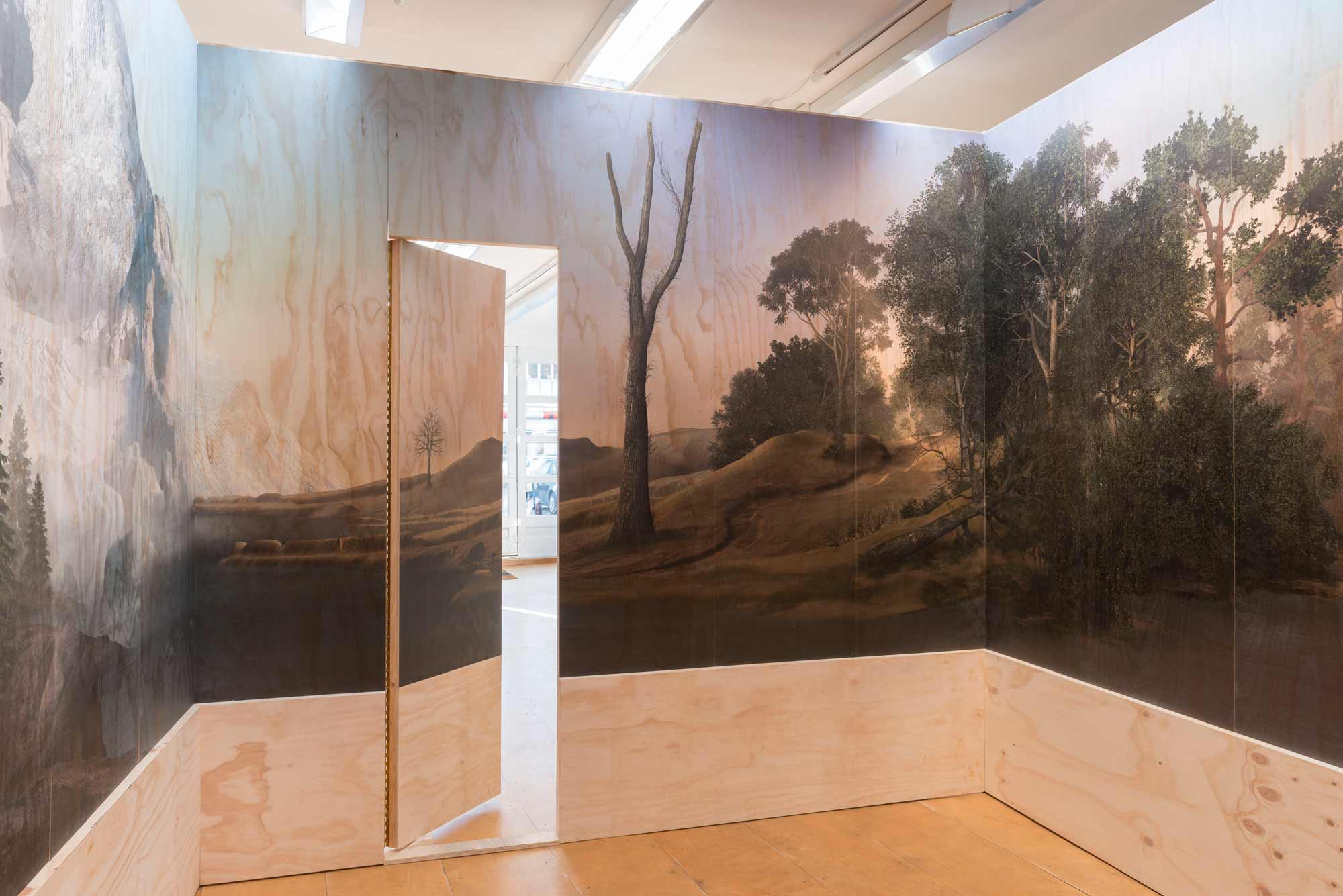 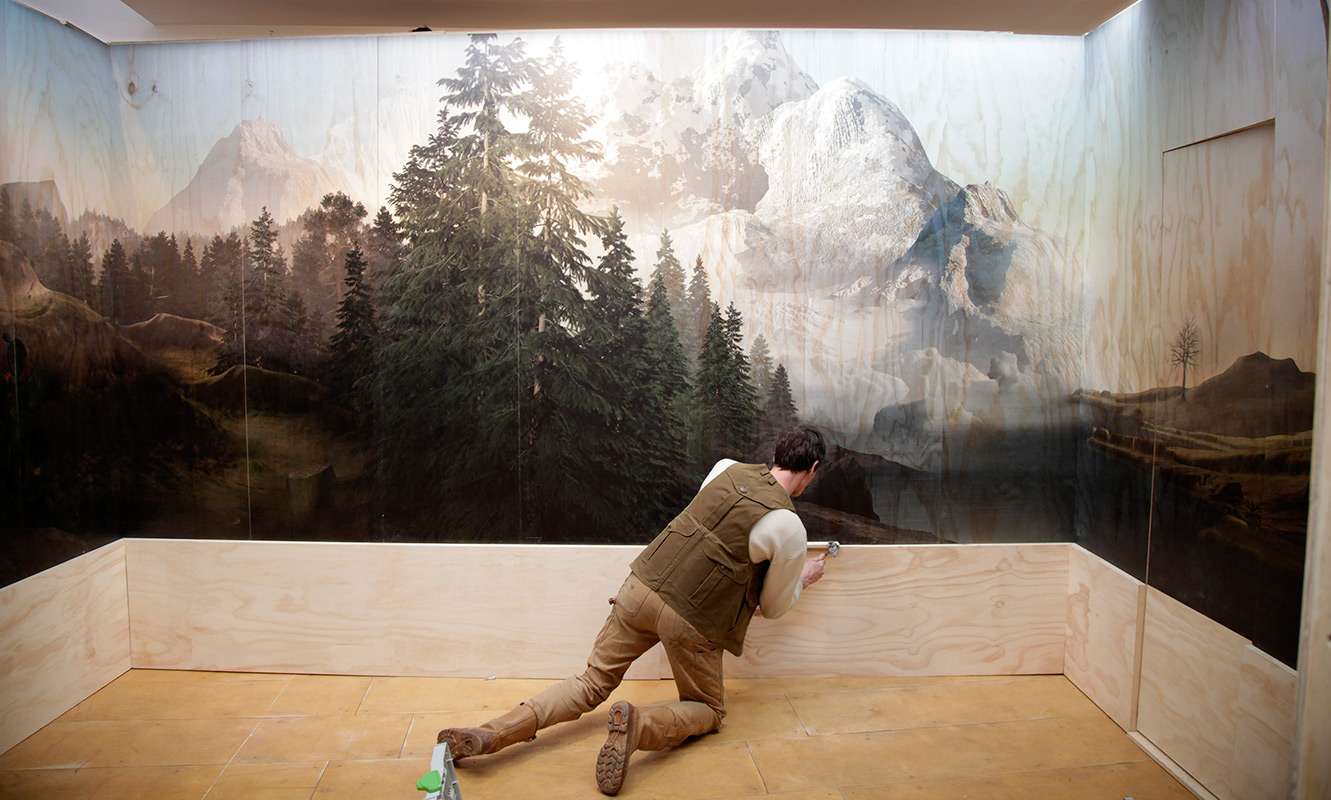 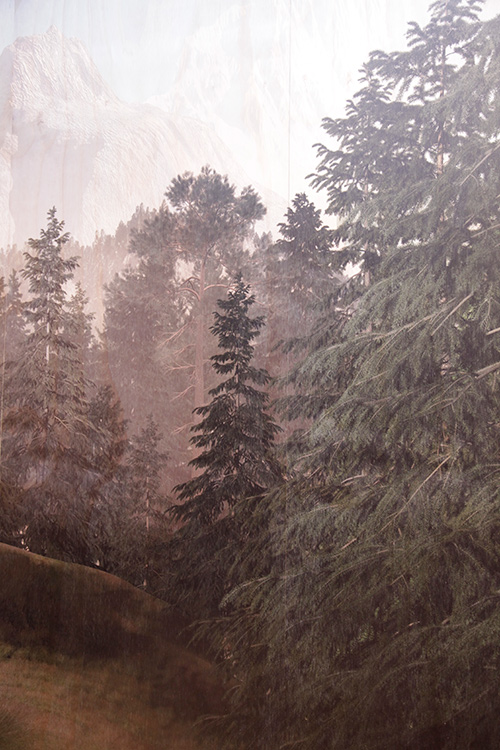 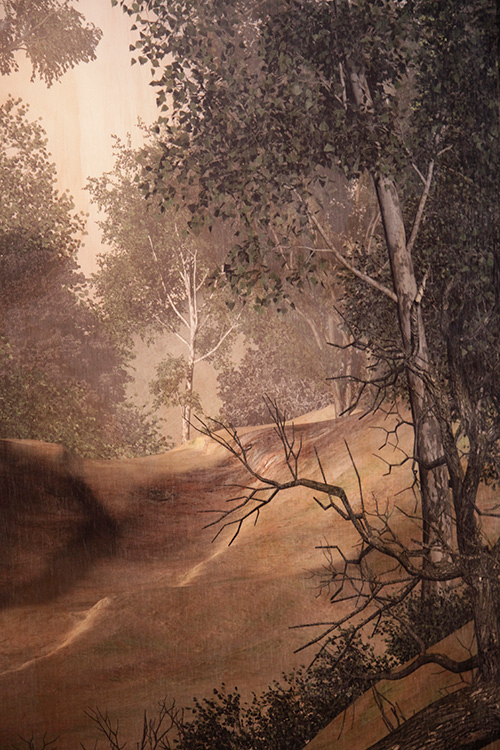 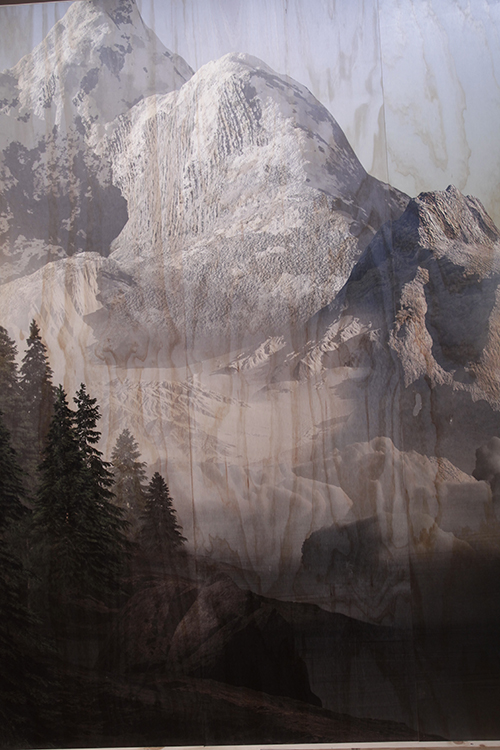