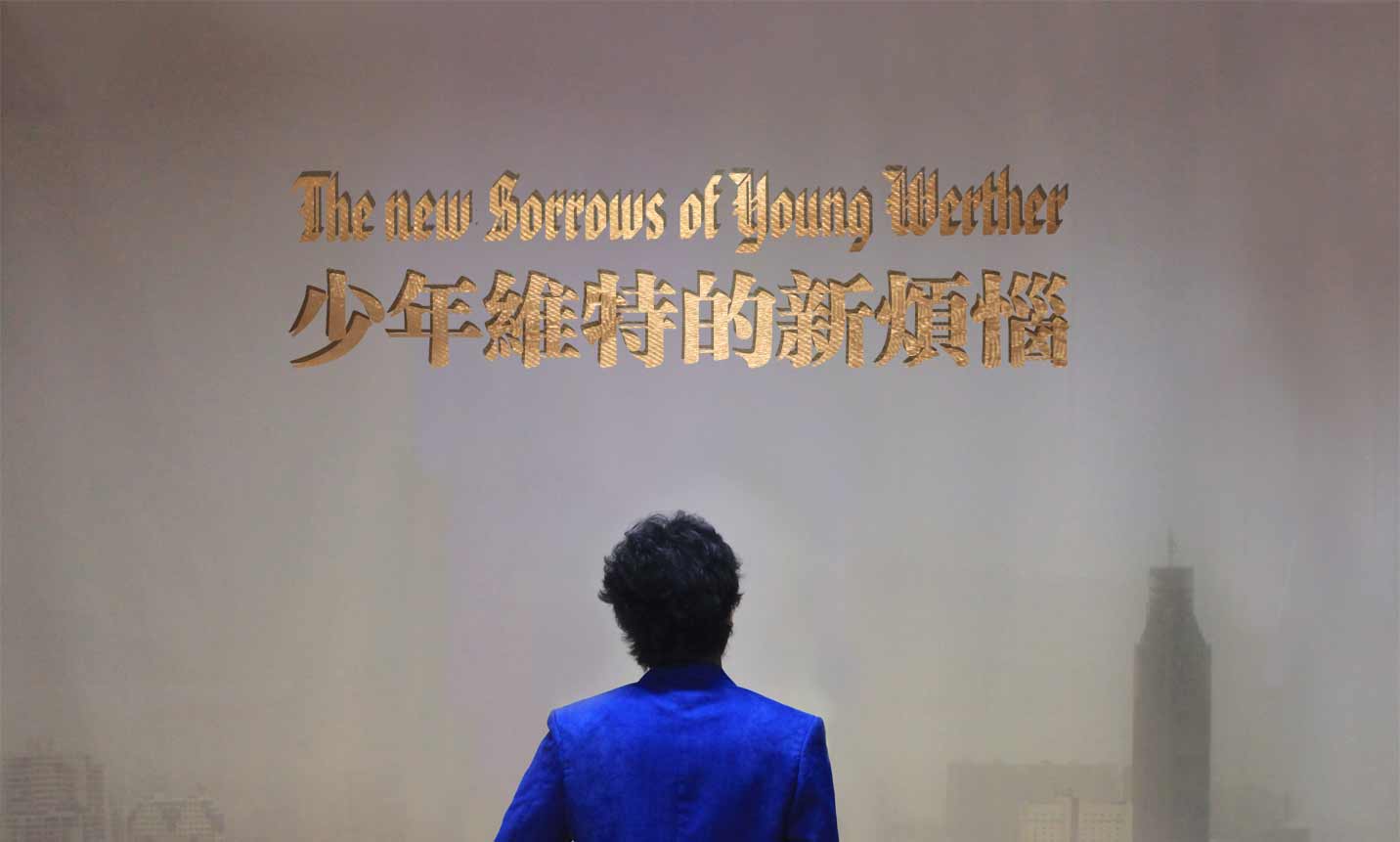 The New Sorrows of Young Werther
Film Installation at CEAC, Xiamen, CN
In the exhibition The New Troubles of Young Werther Broersen & Lukács choose to juxtapose Goethe's raving, revolutionary and passionate Sturm-und-Drang novel The Sorrows of Young Werther (1774) with the romantic nature of the younger generation of China today. The novel marked the beginning of the Romantic period in Europe, roaring across the continent at the end of the 18th century to cause a backlash against the industrialist, materialist and rationalist values of the time. The tragic story tells about Werther's passionate love for Lotte. Werther ultimately commits suicide because Lotte is already ‘promised’ to another man. The novel forms the foundation for the film/installation set in the ruins of rapidly transforming contemporary China.

In a small studio in the old neighborhood of Shapowei, Broersen & Lukács built a film set comprised of cut-out elements of the vistas they encountered during their wanderings; verdant mountains with traces of old temples, goats and ancient trees, as well as contrasting construction sites with cranes, ruins and dark clouds of dust. In this imaginary miniature version of China, the tragic story of the young, unconventional Werther unfolds. The first romantic hero in history is played by 13 different young Chinese men, they all are wearing a blue jacket with yellow trousers, just as described by Goethe (which, at the time the novel came out, caused a huge fashion wave throughout Europe). But the designs are derived from Chanel's fall 2009 Shanghai Collection, created around the idea of an imaginary, revolutionary China that Coco Chanel never visited but always dreamt about.

With the collaboration of dancers, musicians, artists, carpenters, tailors and actors, Broersen & Lukács reveal a glimpse of the new individualism of China's younger generation, on the verge of a changing, twisting and rapidly unfolding era. 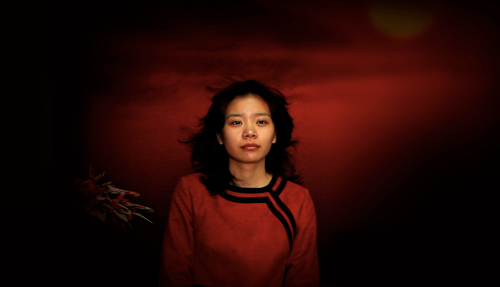 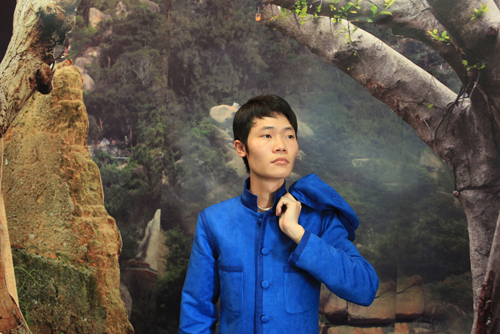 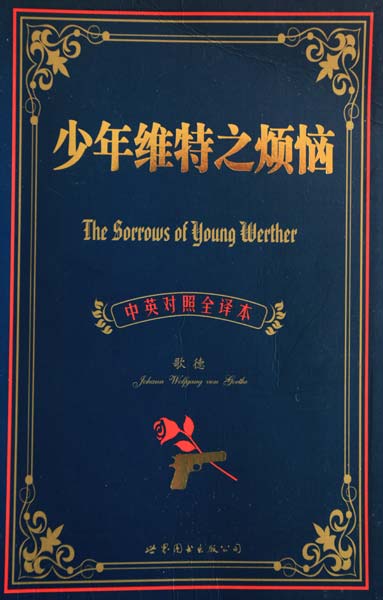 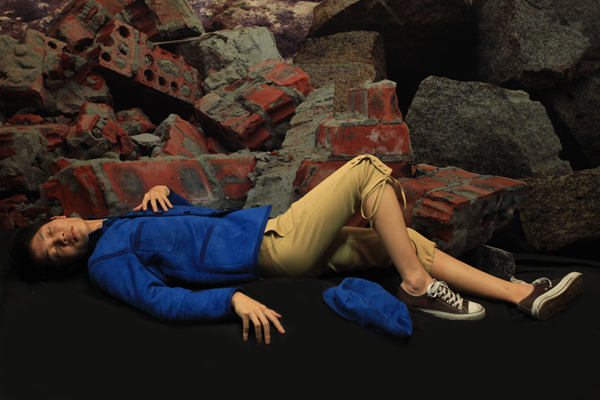 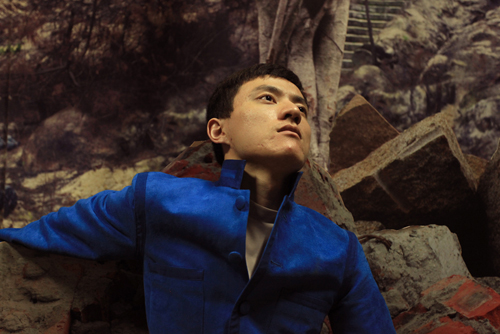 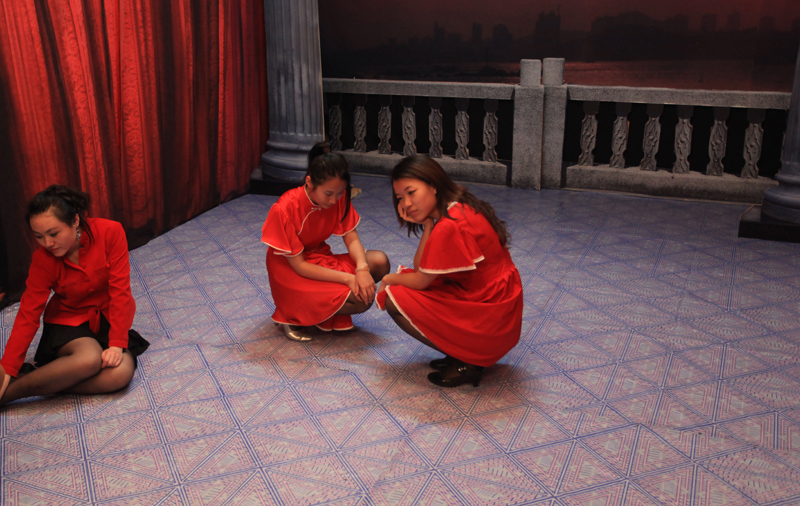 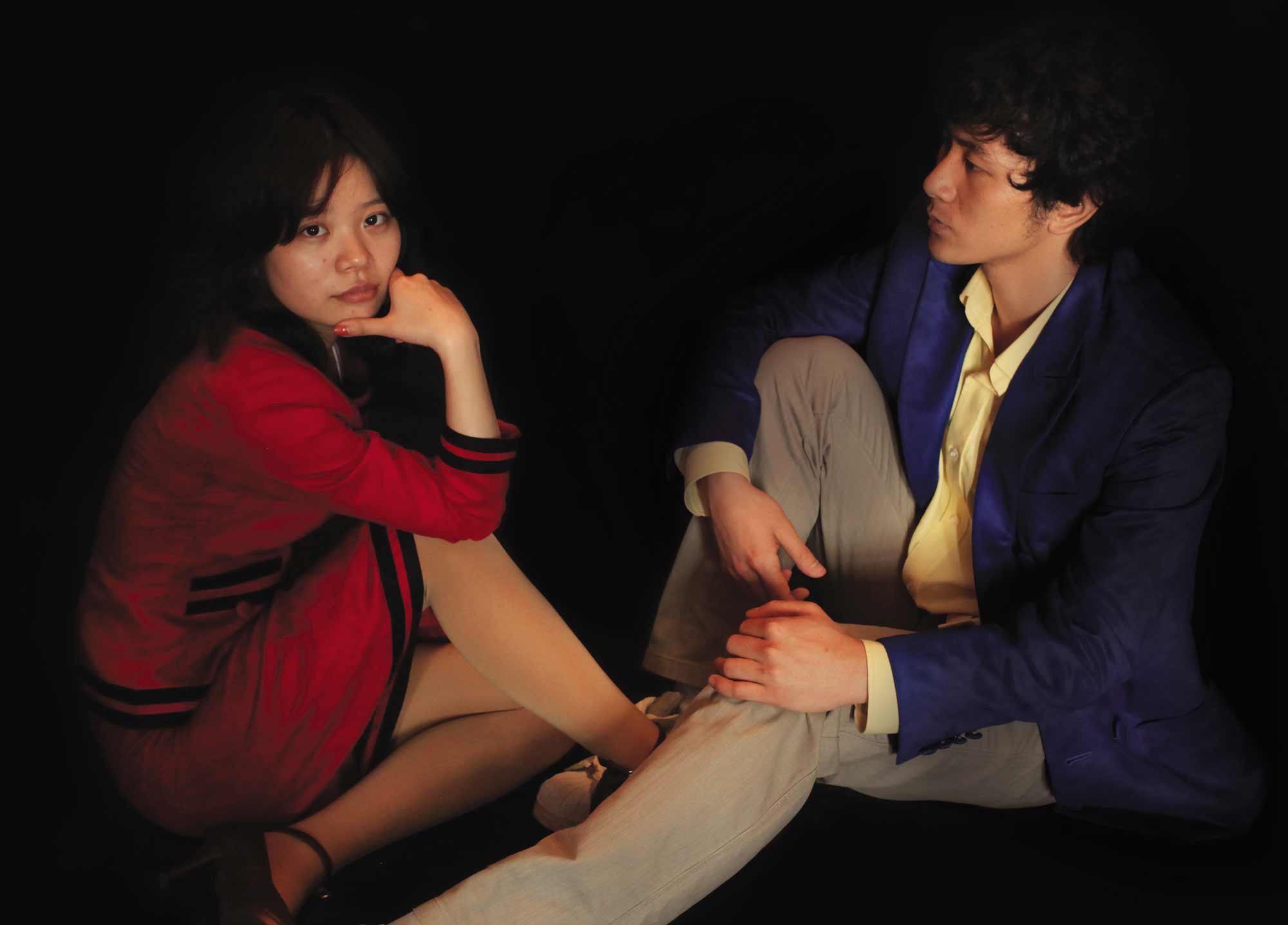 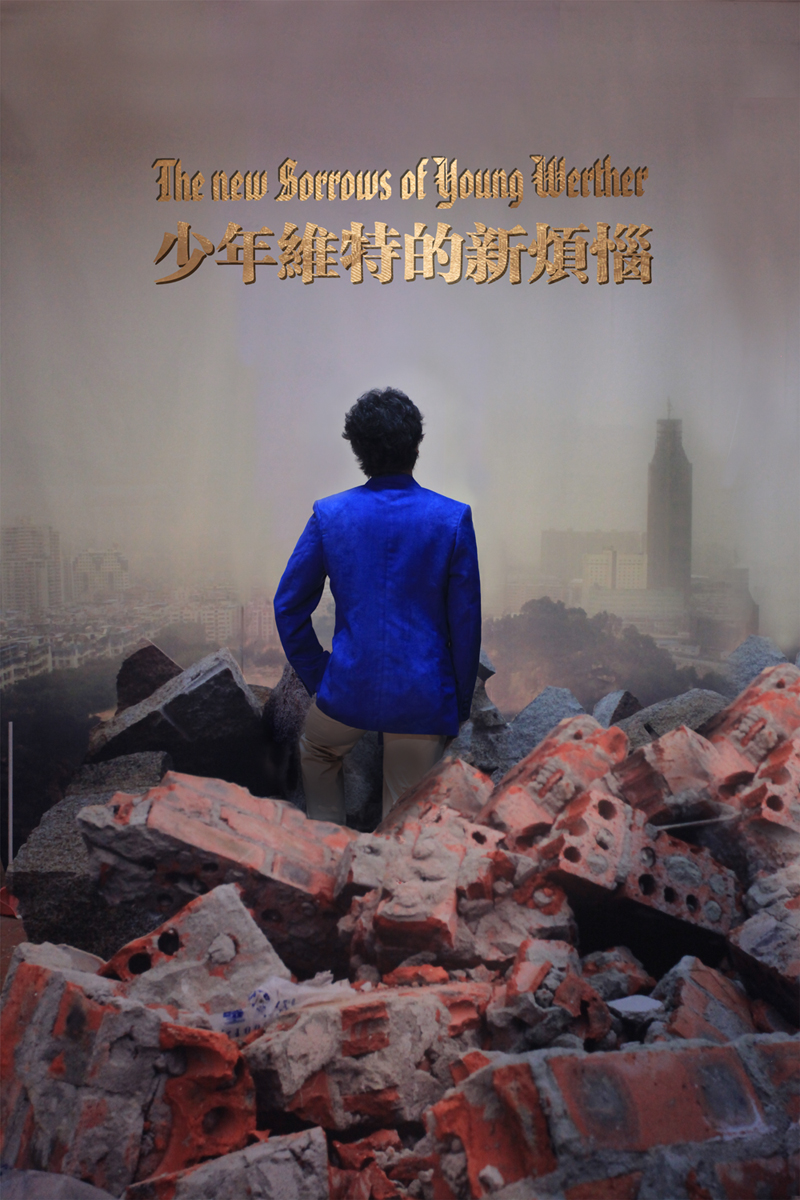 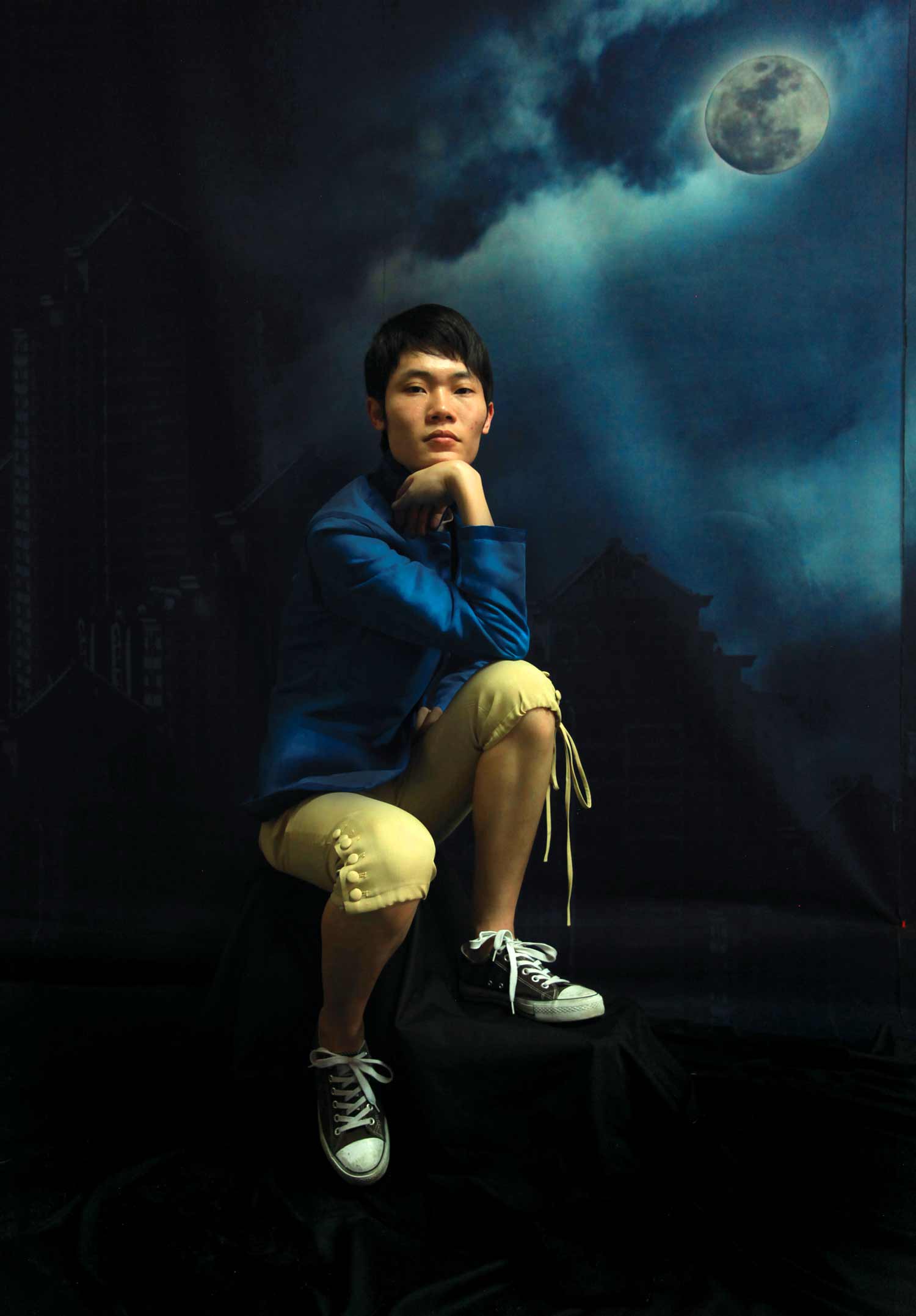 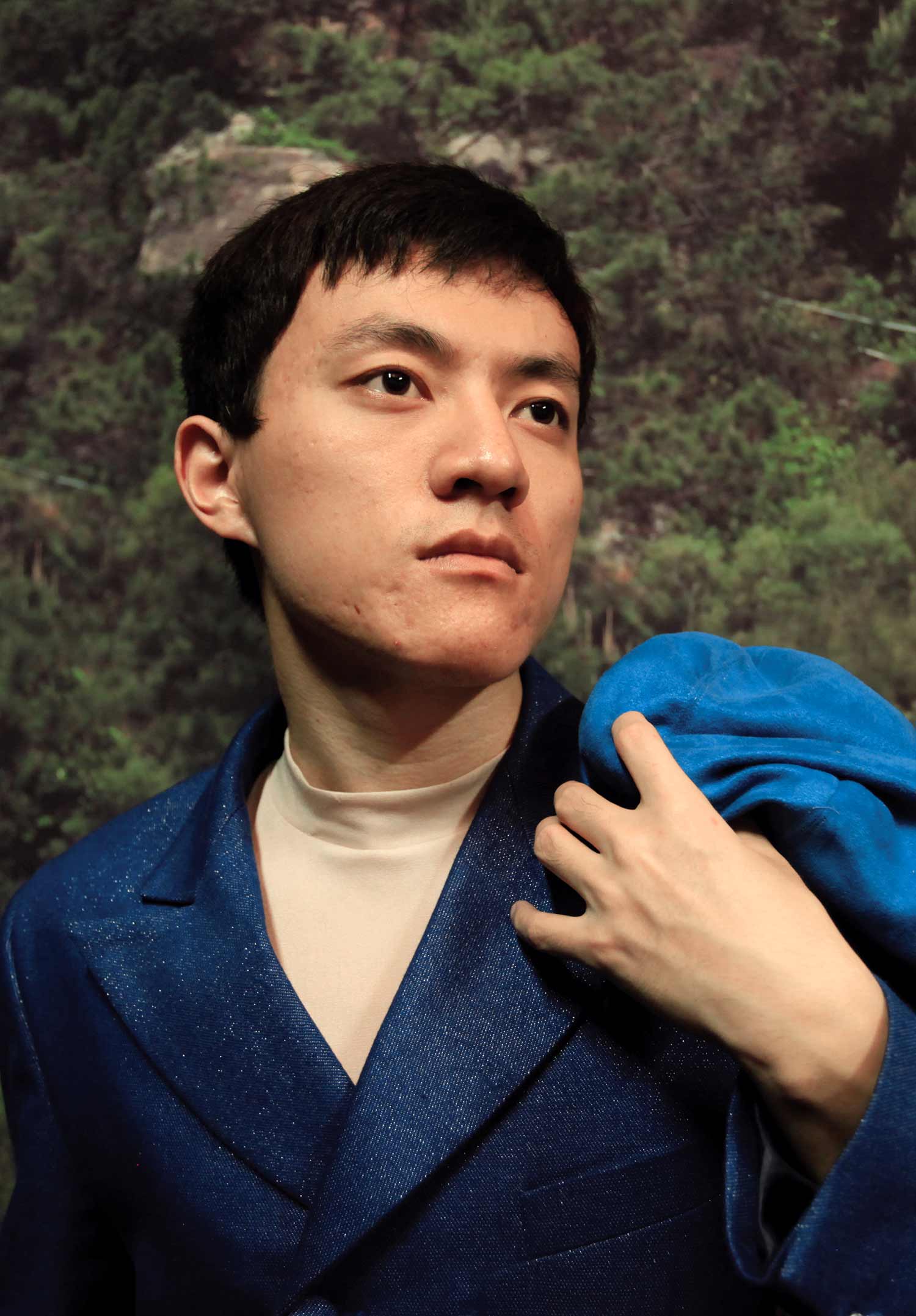